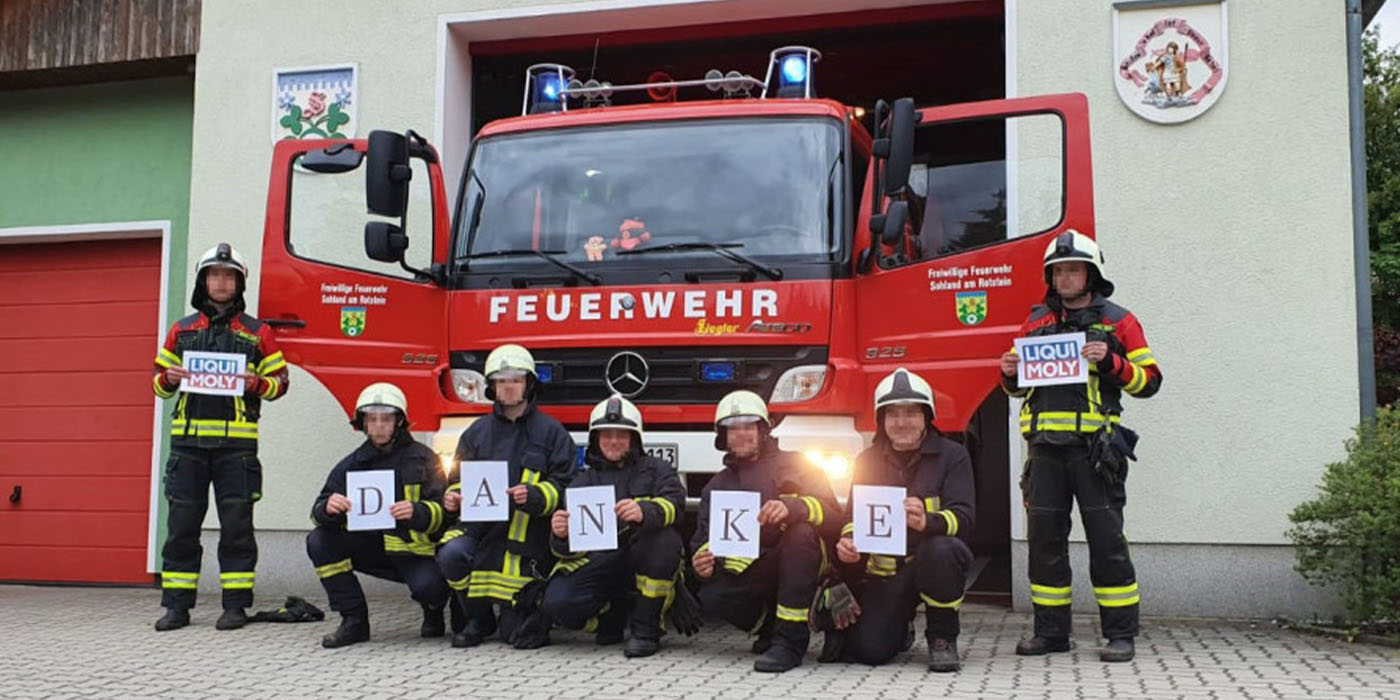 More than 20,000 packages with oils, additives and care products were donated to rescue services and fire brigades.

LIQUI MOLY’s donation campaign with free products for rescue services, fire brigades and all helpers at the front line was a complete success. Since its launch in April, the interest has been huge. Eight months and more than 20,000 packages later, the million euro budget has been used up. “The rush and the gratitude were overwhelming,” said Managing Director Ernst Prost.

The donation campaign started at the beginning of April with a volume of 1 million euro. The goal: To support first responders around the world in the fight against the coronavirus. With the products supplied free of charge, LIQUI MOLY wanted to relieve the financial burden on fire brigades, hospitals, rescue services, “meals on wheels,” food banks, mobile care services as well as first-aid organizations and many other non-profit associations, so that they could procure other necessary equipment. Not only disinfectants and face masks are important during this time. “We have provided what we do best: oils, additives and other car care products,” said Prost. “Rescue services and fire brigades can’t even get to the emergency site without motor oil. That is why our products, however much they work in secret, are important for the functioning of our healthcare system,” the Managing Director emphasizes.

Fire brigades, rescue services and aid organizations from around the world expressed interest. So much so that the donation campaign did not remain limited to Germany. The company set up a similar program for the international market. “Our product donations were as popular as pasta and toilet paper in stores at the beginning of the pandemic,” joked Prost. In total, almost 15,000 inquiries were received at the company headquarters in Ulm, resulting in more than 13,000 orders and over 22,000 packages. The initial amount was not sufficient for this, which is why the aid program was increased twice to a total of 5 million euro in Germany alone. This amount was also used up to the last cent and even significantly exceeded. In the end, the sum was an incredible 5.6 million euro. Not included: the costs for picking, shipping and free delivery worldwide. “Of course, we took care of these costs. And donation receipts were not an issue for us,” says the LIQUI MOLY Managing Director. The aim was not to reduce the company’s tax burden through the special expenses.

Taking on social responsibility was paramount. “Many people work hard every day to prevent the corona crisis from spreading. For these frontline helpers, our donation is a genuine relief,” said Prost. The financial situation of all rescue forces and organizations is strained and every expenditure that does not have to be made is a huge help for the women and men in the service of society. The corona crisis also showed which services and products are indispensable and how many things are connected without it being noticed right away. “Our products are system-relevant,” LIQUI MOLY’s Managing Director emphasized.

In this crisis, all kinds of assistance are needed. LIQUI MOLY asked itself what it could do for the well-being of society. “This was the basis for this great campaign,” he said.

Advertisement
In this article:Donations, LIQUI MOLY
Print
Up Next: