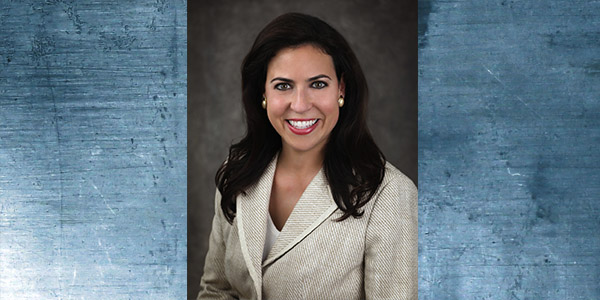 Stotland continues in her role as president and assumes the position of CEO.

Lilly Epstein Stotland has been named CEO of Vesco Oil Corporation. Vesco Oil is one of the largest distributors of branded automotive and industrial lubricants in the United States, and a leading recycler of used oil and antifreeze. She joined the family-owned company in 2004, and previously served as general manager before she was appointed to her current role as president in 2017.

“I’m energized by the opportunity to continue to build on my father’s legacy,” said Stotland. “Under his leadership, the company more than doubled in size through strategic acquisitions. Now, Vesco Oil is stronger than ever and poised for success thanks to our dedicated employees, longstanding leadership team, and loyal customers and suppliers. I’m dedicated to upholding the company’s core values while leading Vesco Oil as a valued and trusted distributor in the lubricant industry for years to come.”

Vesco Oil is a third-generation family owned and operated business. Donald Epstein has transitioned into the role of Honorary CEO Emeritus as Lilly continues in her role as president and assumes the position of CEO. She is a co-owner of Vesco Oil and serves on the company’s board of directors alongside her mother, Marjory Winkelman Epstein, and sister, Lena Epstein, who are also co-owners.

“Lilly has proven her ability to not only run day-to-day operations since her appointment as president three years ago, but also leverage her business expertise to grow the company significantly into contiguous Midwest markets,” said former Vesco Oil CEO Donald Epstein. “Her transition to CEO is a natural and deserved evolution rooted in her dedication and commitment to the success of this company since she joined in 2004.”

For 16 years, Lilly Epstein Stotland has managed strategic acquisitions and geographic expansion of the company. Prior to joining Vesco Oil, she was a Financial Analyst at Goldman Sachs in New York.

“I’m proud to announce Lilly’s well-earned appointment as CEO,” said Vesco Oil Chairman of the Board, Marjory Winkelman Epstein. “She is up to the challenge of leading this company toward a bright and sustainable future. We look forward to the great initiatives she will accomplish in the years ahead.”

Advertisement
In this article:Vesco Oil Corporation
Print
Up Next:

People On The Move: Week Of Nov. 9