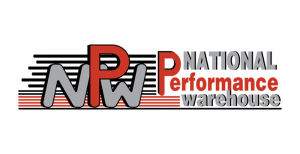 National Performance Warehouse (NPW) has announced that Scott Morgan, a KYB regional sales manager, has been named its Rep of the Year for 2016. NPW said Morgan stood out for his dedication and support of NPW and the jobbers that NPW supplies.

The award was presented during NPW’s FAST Expo Appreciation & Awards reception, held last month in Miami. Morgan’s efforts selling and marketing shocks and struts in the company’s Southeast territory produced a more than 50 percent sales growth, thus earning him this award, according to Larry Pacey, NPW president and CEO.

“Excellent service is hard to maintain; you need to be dedicated to this every day and always have specific goals in mind. Scott deals with our accounting, sales, purchasing and marketing staff with an approach that creates less work for NPW and greater results,” said Pacey. “He also has a great rapport with our customers, is a pleasure to work with and he certainly deserves this recognition.”

An award also was presented for Supplier of the Year, which went to APDI.

Bumper to Bumper and Parts Pro awards in Platinum, Gold, Silver and Bronze categories were likewise awarded to 20 jobbers across Florida. To see the complete list, click here.

Upcoming NPW events include the Racer’s Equipment Open House on March 5, and the KARS Expo in Toronto Canada on March 10-12.

Advertisement
In this article:Distribution News, KYB, KYB Americas, NPW, Rep of the Year
Print
Up Next: