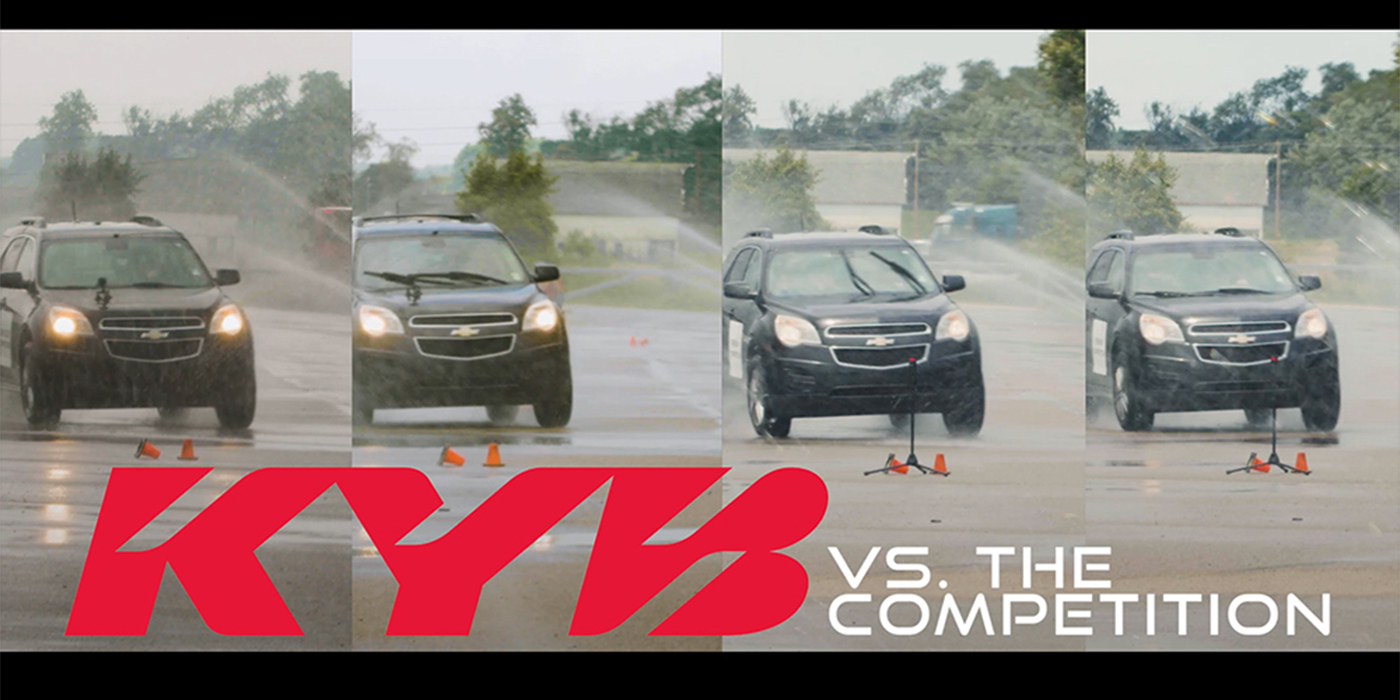 A pair of independent, third-party, professional test drivers utilized two matching 2015 Chevy Equinoxes, each with slightly over 95,000 miles, for the test. New brake pads, rotors and sway bar ends were installed on both vehicles before the tests, along with a full four-wheel alignment. New tires and a full tank of fuel were added before each test to provide consistent, controlled results. The only differences between the vehicles were the shocks and struts.

Day 1 involved testing the higher-mileage OE shocks and struts against a new set of low-cost loaded struts and shocks. Electronic data acquisition equipment was installed in each vehicle to measure vehicle performance. Braking and slalom tests were performed on a test track under both wet and dry conditions. Ride and handling characteristics were evaluated on a 7-mile loop of public roads and highways.

At the conclusion of the day, a new set of loaded struts and shocks from a premium competitor, along with a new set of tires, were installed on one of the test vehicles. The second test vehicle was fitted with our Completely Correct KYB Strut-Plus assemblies, Excel-G shocks, and a new set of tires. Each vehicle also received a full four-wheel alignment, and the fuel tanks were topped off.

Day 2 included a repeat of all tests and conditions performed on Day 1 with both vehicles now equipped with new products from KYB and a competitor.

“The real difference in shocks and struts is how they perform on the vehicle,” said Aaron Shaffer, KYB’s director of marketing. “We organized this test and decided to film it to illustrate that there is a very real difference in the on-vehicle performance of our products when compared to both worn OE units and the other products available,” added Shaffer.

The results of the test and entire video story can be seen at www.kyb.com/performancetest.

Advertisement
In this article:KYB
Print
Up Next:

KYB Takes To The Test Track