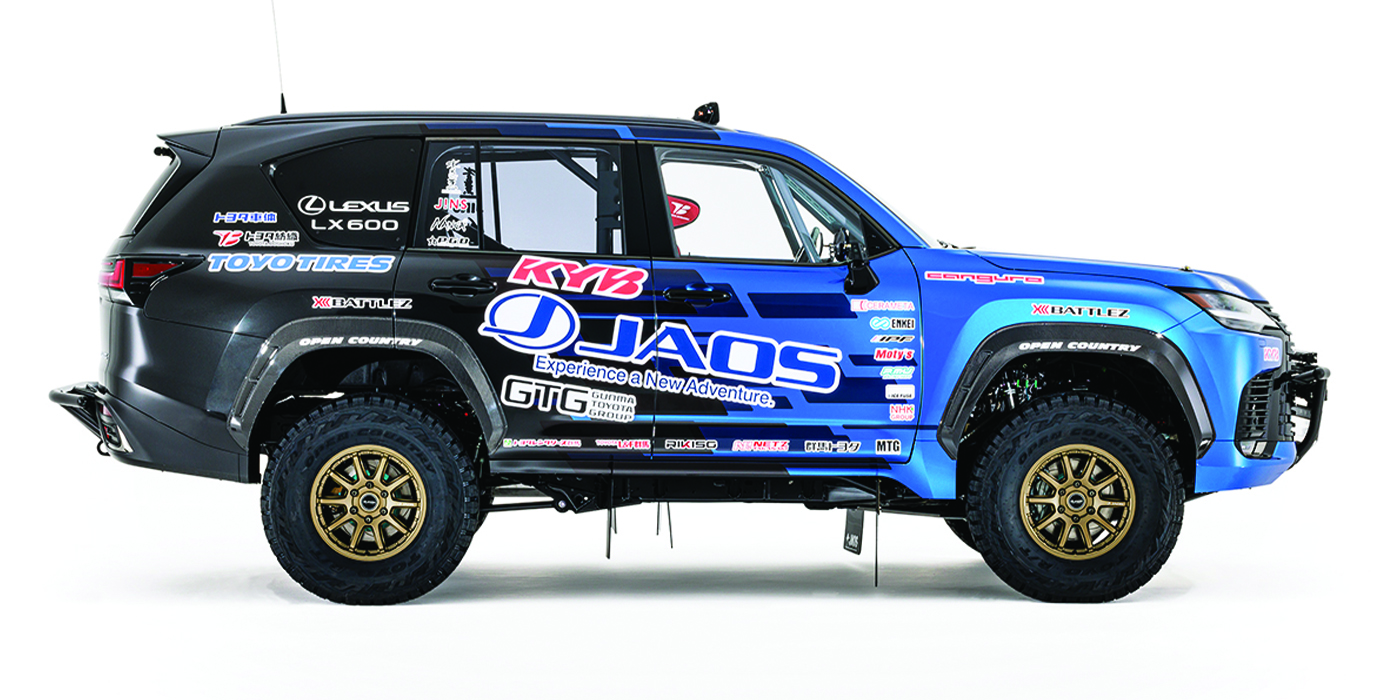 KYB partner JAOS has teamed up with Lexus Japan to build an all-new Lexus LX600 to race in the 2022 SCORE International Baja 1000. The Canguro Racing entered Team JAOS LX600 race truck is using special KYB shock absorbers, developed and maintained by a team of KYB engineers who are present every step of the way.

JAOS driver, Tomonori Noto, said, “The Baja 1000 is an off-road race, mainly in rocky areas and deserts. So, once it starts, it is non-stop until the finish.” His co-driver is KYB Corp. engineer Kazuhiro Tanaka. Tanaka joined the JAOS service crew in 2015 and became the co-driver in 2017. “Refueling, tire changing and repair work for damaged parts all take place during the timed race” Noto says. “If you have trouble, you may not be able to finish within the time limit.”

Competing in events such as the Baja 1000 will provide invaluable information regarding the durability and performance of the KYB components used on the Team JAOS LX600. That information will be used to further the development of KYB JAOS product line, such as the newly released KYB JAOS Adjustable Lift Kits. These Suspension Lift Kits provide up to a 2” lift as well as 14 position damping. An adjustable dial at the base of each KYB manufactured shock and strut allows for 14 different rebound and compression settings. The 14 settings allow the user to manually adjust the suspension for vehicle loads, larger tires and wheels and varying road conditions.

The 2022 Baja 1000 is the first phase in a three-year plan for JAOS: the first year will be to observe the team’s performance, the second has an aim of finishing, with the third aiming for victory.

The Baja 1000 takes place Nov. 15-22. Coverage of the Team JAOS LX600 can be found on kyb.com as well as official KYB social media accounts.

Advertisement
In this article:Baja 1000, KYB
Print
Up Next:

BorgWarner to Invest $500M in Wolfspeed

KYB and JAOS Take On Baja