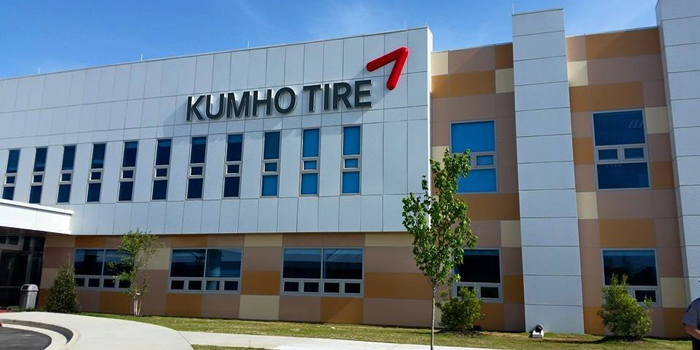 The $450 million plant is the tiremaker’s third overseas production base, with the others in China and Vietnam, and will manufacture 17-inch or larger tires for passenger cars and ultra-high performance tires. 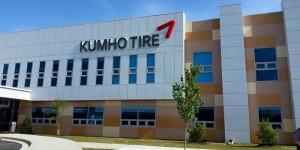 Kumho Tire opened its first U.S. production facility in Macon, Georgia, during a grand opening ceremony on May 2.

“North America is home to one of the world’s largest auto and tire markets. We believed a production base on this crucial continent is a must if we are to significantly expand our presence in the market in our bid to become a top tire manufacturer,” said Park Sam-gu, chairman of Kumho Asiana Group, at the ceremony. “Along with this state-of-the-art facility, Kumho will put into place an advanced management system for day-to-day operations so that all employees can be proud of their company. Kumho Tire will also strive to make the best plant the pride of the entire community.”

The $450 million plant is the tiremaker’s third overseas production base, with the others in China and Vietnam, and will manufacture 17-inch or larger tires for passenger cars and ultra-high performance tires. Kumho said 80 percent of the tires produced at the Macon facility are expected to be sold as original equipment tires to global automakers in North America such as Hyundai, Kia and Chrysler.

The plant has an annual capacity of 4 million tires and Kumho plans to raise the capacity incrementally to 10 million.

Construction for the plant started in May 2008, but was suspended due to fallout from the global financial crisis. In 2014, construction resumed and was completed in early 2016.

The plant is located on 5,704,872 square feet of land and has a gross floor area of 861,112.8 square feet. The Georgia plant is equipped with state-of-the-art equipment including a proprietary system called the Automated Production Unit to help boost manufacturing efficiency and a new lot tracking system using radio frequency identification combined with laser-guided vehicles.