The two veteran aftermarket executives will help the company expand its sales efforts in the light vehicle aftermarket.

"We are excited to announce the hiring of these high-caliber professionals with many years of experience in the brake business to our sales team," said Mordue. "The addition of Kevin and Cory will help elevate service levels to our automotive aftermarket customers." 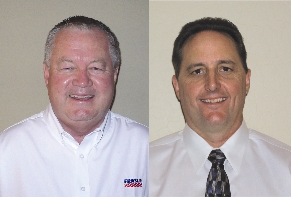 Cheever comes to Fras-le from the Affinia Group, where he most recently was the company’s fleet sales manager. In that position he was responsible for directing all Raybestos fleet sales in the western U.S. and Canada. Before that, he served four years as Affinia’s CSK/O’Reilly account manager. Prior to joining Affinia, Cheever was a district sales manager for Dana Corp. (Clevite Engine Parts) from 1987 to 2005 calling on WDs and PERs in the western region. He also has seven years of experience working at Stern’s Auto in Tucson, Ariz., as a commercial sales representative.

Aftermarket Foundation Adds Three to its Board