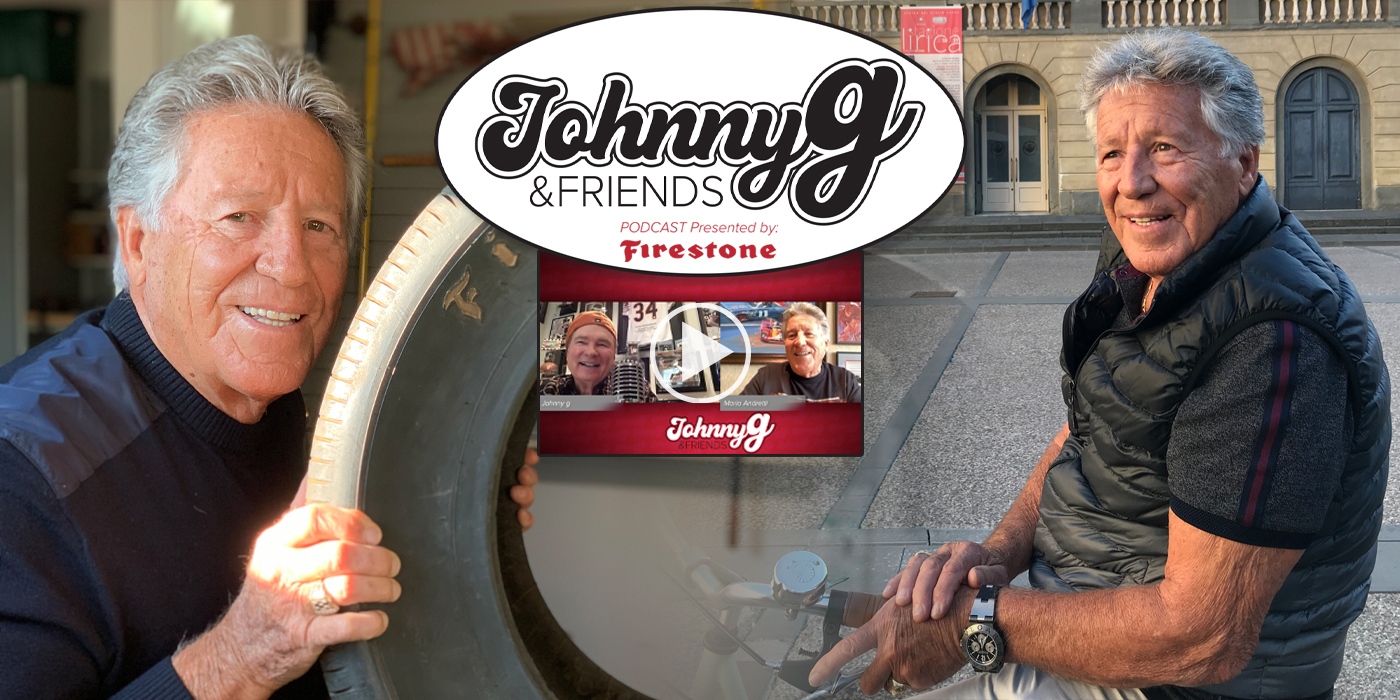 Mario Andretti is a racing icon. He’s won the Daytona 500, the Indy 500 and a Formula One World Championship—a feat no other racecar driver has achieved. He’s taken the checkered flag 111 times during his career and, today, he shares his stories and reflections from his more than 50-year career in this inaugural episode of Johnny g & Friends, presented by Firestone.

John Gamauf (aka Johnny g) first met Mario in the mid-’90s at an IndyCar race. Their friendship solidified when they traveled across the country visiting dealers during the Ford-Firestone recall. Mario had just signed on as a Firestone spokesman, and Johnny g served as president of consumer tires in North America for the company. From this, they formed a bond that has lasted for 21 years.

In this episode of Johnny g & Friends, hear about Mario’s humble beginnings in racing, how he’s impacted the evolution of race tire technology and why he stood up for the Firestone brand during a tumultuous time. Johnny g & Mario also discuss:

Listen to the full episode above or subscribe to Johnny g & Friends on Apple Podcasts, YouTube, Spotify and Spreaker.

Look for more episodes of Johnny g & Friends the first Tuesday of every month here.

Advertisement
In this article:Firestone, INDYCAR, Johnny g. & Friends, Mario Andretti
Print
Up Next:

Craig Tate: The Most Important KPI in the Tire Business (Podcast)