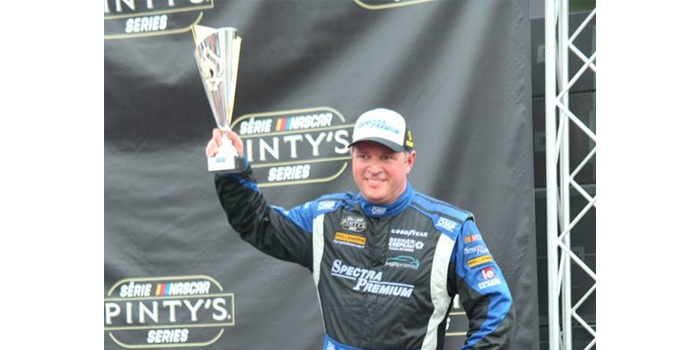 At the mid-season point, the Canadian-manufactured radiator has accumulated nine podium finishes in seven consecutive races. 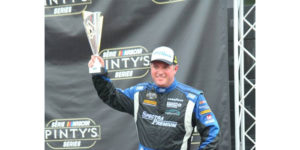 Spectra Premium Brand Ambassador Jean-François Dumoulin earned his first NASCAR Pinty’s series podium as the No. 04 Spectra Premium driver at the Toronto Grand Prix on July 14. Starting in sixth place, Dumoulin kept the pressure on the leaders and fended off competitors to secure a third position on the street track at the overtime checkered flag.

“The 04 Spectra Premium | Bernier Crépeau | Groupe Bellemare | MIA team and everyone at Dumoulin Competition have been working hard since the beginning of the season,” said Jean-François Dumoulin, No. 04 Spectra Premium driver. “It’s our first podium with the Spectra Premium high-performance radiator, we are really proud! To earn this podium, we had to fight in the leading group for all the duration of Pinty’s Grand Prix of Toronto. We are looking in the right direction for the rest of the season and are very confident for the upcoming Grand Prix de Trois-Rivières!”

At the mid-season point, the Canadian-manufactured radiator has accumulated nine podium in seven consecutive races thanks to the efforts of the radiator’s early adopters: Jean-François and Louis-Philippe Dumoulin, as well as Alex Tagliani.

“Congratulations to Jean-François and the No. 04 Spectra Premium team for this amazing result in Toronto. Following a few races marred with mechanical issues at the beginning of the season, we are proud of JF’s inspiring display of grit and resolve to fight his way back to the leading pack,” said Jason Best, senior vice president, aftermarket, Spectra Premium Industries. “As a manufacturer, we could not be more pleased with our radiator’s performance for the first half of this season.”

Advertisement
In this article:JF Dumoulin, Spectra Premium
Print
Up Next:

Performance: Parella To Acquire Rights To F4 Us And FR Americas

Bondurant Driving School Featured On HISTORY Channel
Connect with us