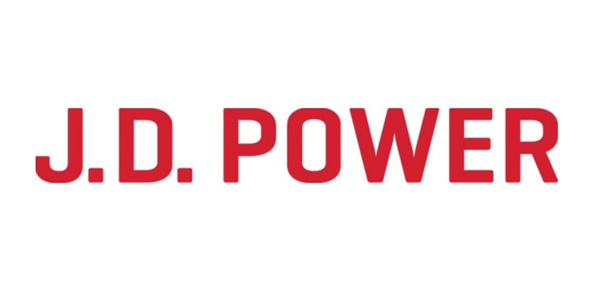 The quarterly study is the pulse of market readiness and acceptance for self-driving and battery-electric vehicles, as seen through the eyes of consumers and industry experts, said the company.

As auto manufacturers invest billions to bring self-driving vehicles to market and increase choice in battery-electric vehicles, many consumers still lack confidence in the technologies. According to the J.D. Power 2019 Q3 Mobility Confidence Index Study fueled by SurveyMonkey Audience, released recently, the Mobility Confidence Index is 36 (on a 100-point scale) for self-driving vehicles and 55 for battery-electric vehicles— identical scores to three months ago.

“It was a little surprising to find consumer sentiment about self-driving vehicles and electrification has stayed flat, but it shows that consumers are really steadfast in their opinions about new mobility technologies right now, regardless of how close they are to being available for purchase,” said Kristin Kolodge, Executive Director, Driver Interaction & Human Machine Interface Research at J.D. Power. “This isn’t necessarily bad news for automakers; rather, it shows the areas where consumers need to be better-educated and gives manufacturers the chance to correct their course on the path to eventual production.”

The quarterly study is the pulse of market readiness and acceptance for self-driving and battery-electric vehicles, as seen through the eyes of consumers and industry experts, said the company. Sentiment is segmented into three categories: low (0-40), neutral (41-60) and positive (61-100). J.D. Power is joined by global survey software company SurveyMonkey to conduct the study in which more than 5,000 consumers and industry experts were polled about self-driving vehicles and another 5,000 were polled about battery-electric vehicles.

Self-driving challenges: Industry experts say that perfecting self-driving technology is proving more challenging than originally thought. One industry expert noted, “Tech and automotive companies continue to learn how difficult the problem really is. There have been several announced delays.” Gaining consumer trust and acceptance will be a critical strategic lever to determining success.

Job displacement and computer error are perceived disadvantages: Consumers are still more hopeful than worried about the overall benefit of technology in their lives, but 38% remain unexcited about any self-driving technology. Consumers are most worried about tech failures/errors (71%). One consumer said, “History has shown that past technological advances, such as electrical or computer, fail with time and are too costly to repair.” Others voiced concerns about job losses: “It’s going to put a LOT of people out of jobs and cause a lot of economic repercussions.”

Pros and cons: Nearly two-thirds (63%) of respondents say battery-electric vehicles are better for the environment. Half of respondents also believe the cost of charging compared with the cost of gas will be advantageous. “Gas is expensive, wasteful of [the] environment, [and] leaves our country dependent on foreign powers,” said one consumer. However, 65% are concerned about the availability of charging stations, with one respondent saying, “Charging stations are still not readily available. Charging technology should allow hookup when you get home, with energy draw during off peak hours.” More than half (60%) of respondents are concerned about driving range, with 76% of those with no battery-electric vehicle experience expecting vehicles to have a driving range of 300 miles or more.

“Charging, cost and range are unavoidable challenges for battery-electric vehicles when compared with traditional vehicles,” Kolodge added. “Automakers should focus as much on developing some overriding advantages instead of just working on minimizing the disadvantages. Consumers don’t know what to ask for but there are all sorts of possibilities. The first automakers to solve this will have a huge advantage.”

Advertisement
In this article:Electric Vehicles, J.D. Power, Self-Driving Vehicles, SurveyMonkey
Print
Up Next: