It's Official: Delphi Sells Steering Business Back to GM - aftermarketNews

TROY, Mich. — Delphi yesterday announced that it has reached several agreements with General Motors Corp. (GM), including the sale of its global steering business to GM. Delphi had earlier entered into a purchase agreement  to sell the steering business to an affiliate of Platinum Equity, a deal which the parties have now mutually terminated. 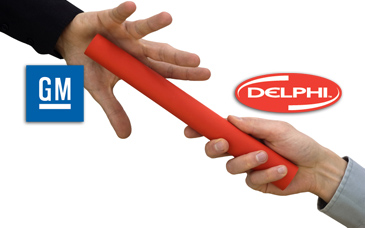 Delphi said the sale of the steering business is a strategic component of its transformation strategy, which was announced in March 2006. Pursuant to two amendments to GM’s liquidity advance agreement with Delphi, GM has agreed to increase from $300 million to $450 million the amount it is committed to advance to Delphi. The amendments are subject to several conditions, including U.S. Bankruptcy Court approval and review prior to March 24, by the President’s Designee in accordance with the provisions of GM’s federal loans.