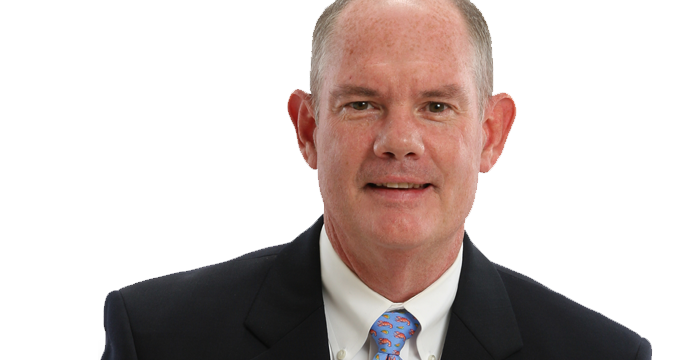 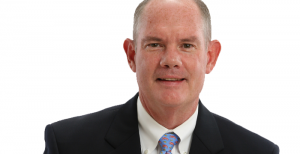 Editor’s Note: Following the original publication of this interview in May 2015, Hanvey was appointed to the role of president and CEO of the Auto Care Association.

In March, the Automotive Aftermarket Suppliers Association (AASA) announced the launch of a new campaign focusing on warranty prevention as an extension of its successful Know Your Parts program. In today’s AMN Executive Interview, Bill Hanvey, AASA’s senior vice president, programs and member services, gives us a progress report on the campaign.

First off, give us a brief rundown of the campaign – what it is exactly and how it evolved out of Know Your Parts.

Know Your Parts originated with the AASA Marketing Executives Council in 2009 and the starting and charging campaign is a continuation in the evolution of the program. Our goal with Know Your Parts is to educate the consumer and technician on the long-term benefits of premium products manufactured by full-service suppliers.

The goals of the macro approach are to:

The starting and charging campaign is an example of the “micro” approach the Task Force is taking by identifying “problematic” categories and developing comprehensive campaigns to reduce warranty. The participants in the campaign have documented that more than 90 percent of the product returned as “warranty” are not defective and the root cause is improper diagnosis. The starting and charging initiative includes battery, starter and alternator, OAP/OAD pulley and belt suppliers who collectively see the need to educate the trade on the proper diagnosis of this system.

The key component of the campaign is the proprietary interactive “eLearning Tool” that walks the technician through specific Yes/No questions on the starting and charging category that ultimately helps them to arrive at the proper diagnosis and parts decision. The eLearning tool can be found by visiting kypgenius.com.

We are promoting this tool along with other supplier-provided content through an extensive print campaign, public relations and another proprietary program called ShopReach360, developed by MontAd, which enables us to identify technicians and provide diagnostic content to them based on their self-reported profession. We are also reaching out to our channel partners and service provider associations asking them to promote the eLearning tool to their respective counter personnel and technicians.

You are now one month into the six-month campaign. How’s it going so far and what kind of response are you getting in the marketplace?

We are very pleased with the response – not only from the initial results of the campaign but with the collaborative approach the supplier participants have taken to collectively address the issue. The supporters of the campaign include starter and alternator manufacturers BBB, Remy International and Motorcar Parts of America (MPA); belt suppliers Gates, Dayco and Continental; OAP/OAD suppliers Schaeffler (INA) and Litens; and battery manufacturers Exide, East Penn and Johnson Controls.

Specific metrics include 1,853 views of a video promoting proper diagnosis before ordering the part. Since its launch in mid-March, just more than 1,200 users have accessed the eLearning tool.

These visitors average over eight page views, and more than 80 percent of users who start a particular diagnostic track actually complete it. That’s very gratifying to us. The diagnostic tracks currently include battery, alternator, starter and cables and connections. Currently, the battery and starter tracks are the most used but we have seen significant use of all the eLearning tracks. One very interesting metric that emerged when we launched the campaign was a significant increase in traffic to the AASA Know Your Parts website. Our monthly traffic rose from 74,324 in the 30-day period before the campaign to 91,204 in 30-day period after the launch.

You worked with creative agency MontAd on this project, which set the ads up to deliver data-driven ad feedback. Which elements of the campaign are you finding to be most popular so far or most used based on the data?

We created subdomain URLs for the campaign in order to track traffic and conversions. A tracking program was created that includes specific codes, called query codes, for each specific media we employed. This allows us to understand what drives traffic and conversions. In order to track the effectiveness of the print and other offline media, the URL “KYPGenius.com” was created. All of this gives us a very accurate and granular view of what is working for the campaign. Thus far, the ShopReach360 tactic is delivering the most direct traffic to the landing page but the print campaign seems to be delivering significant organic lift to the site as well.

Ultimately, how will you measure return on investment for the campaign when it comes to reducing warranty issues? Will you be able to get a clear picture at the end of the six months?

We would love to be able to point to the beginning of the campaign and say that warranty returns on our included categories were diminished significantly from that point. Those metrics will have to come from the individual participants. We are taking a realistic approach to the campaign and to overall warranty reduction – this is a marathon, not a sprint.

Through our supplier surveys, we estimate preventable warranty to be about $3.4 billion dollars at retail in lost profit. Just a half of a point reduction in warranty would mean an additional $680 million in profit.

What the campaign itself can measure is engagement – how many pages a visitor has consumed during the visit to the site, how many steps to the e-learning tool they went through, where their visit originated, what additional technical information they sought while on the page. The more the e-learning tool is viewed, we can safely surmise that the end result would be less preventable warranty returns on these categories

Will AASA be launching similar micro-campaigns within the KYP program? What’s next?

The starting and charging category follows our initial KYP micro campaign focused on hub bearings. We used a similar model aggregating a collective message from top bearing suppliers under the “Quality with function over time equals value” banner, with our spokesperson Al Einstein. This promoted the long-term benefits of recommending and installing premium hub bearings.

As we’re experiencing in the current campaign, the hub bearing campaign increased traffic to the Know Your Parts website by 20 percent in the first month. As a result of the campaign and advanced SEO, our hub bearing content shows us at the top of many Google searches related to the hub bearings category. For example, one of our hubs articles now averages over 15,000 page visitors per month.

We will certainly be adding other micro campaigns based on product categories that have the opportunity to reduce preventable warranty, with each category having its own unique messaging while additionally supporting the encompassing message of premium equals value. Two product lines that are under immediate consideration include fuel delivery and steering and suspension. Our warranty task force drilled down the cost to the service provider of an improperly installed steering rack and determined a shop would lose $1,100 with a comeback – this is something we as a team want to prevent through proper training.

What are the next steps for the Warranty Task Force?

I can’t say enough positive things about the participants on the task force that is currently comprised of AASA members and Automotive Service Association (ASA) shop owners. The group is very interactive and want to see results, not just dialogue about warranty prevention.

Our next step is to include representatives of channel partners in the group and develop specific test programs with them that we can roll out to the rest of the industry.

Our next meeting with be held in conjunction with the 2015 NACE | CARS Conference & Expo on July 21-25 in Detroit. Anyone interested in learning more about the AASA warranty task force can contact me at [email protected].