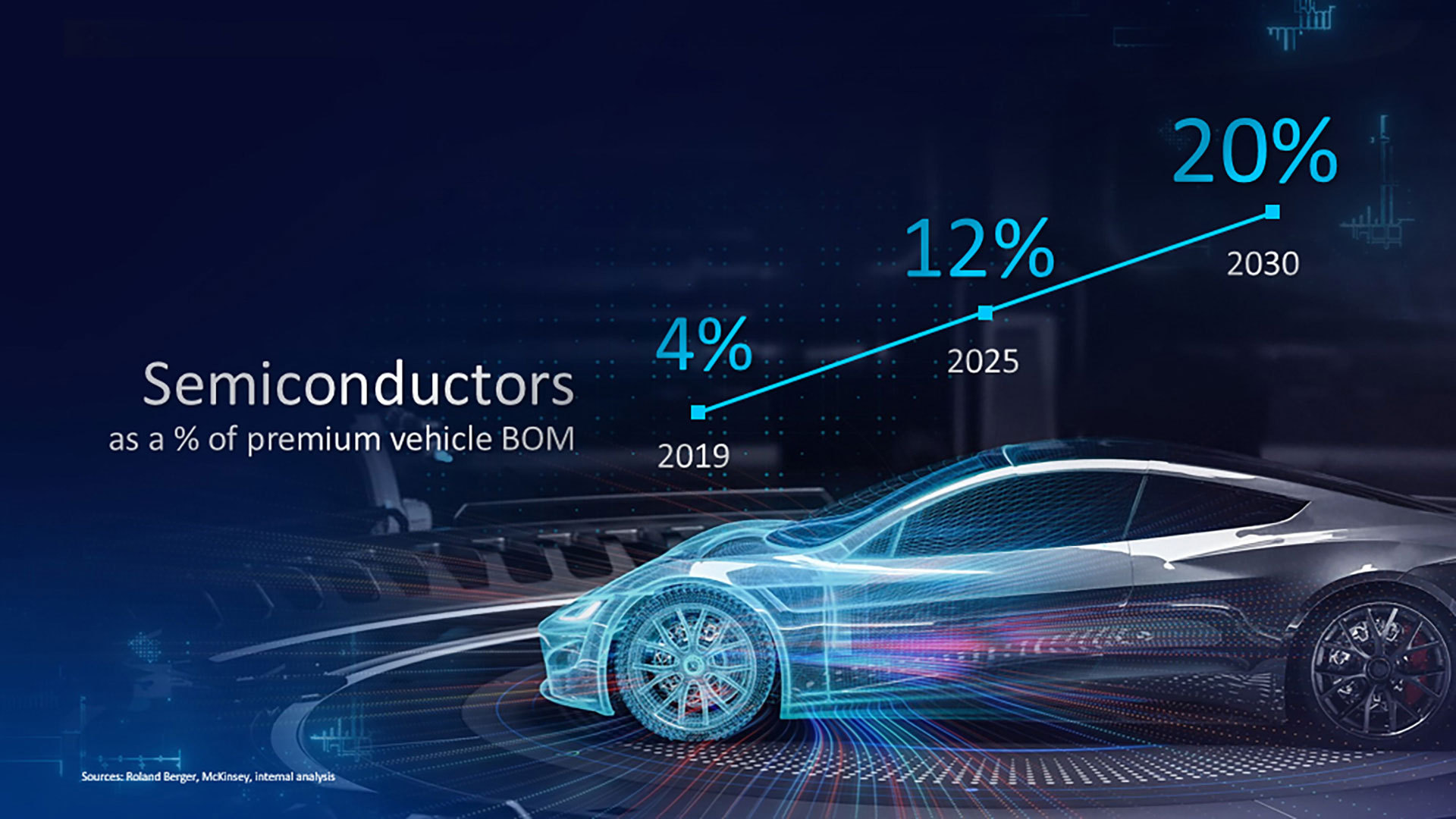 During his first in-person keynote since taking the helm of Intel in February, CEO Pat Gelsinger predicted that semiconductors will account for more than 20% of the total premium vehicle bill of materials (BOM) by 2030. That represents a 5x growth rate over 2019’s 4% figure. This comes amid increasing demand for semiconductors generally. Gelsinger predicted the total addressable market (TAM) for automotive semiconductors will nearly double by the end of the decade to $115 billion, accounting for more than 11% of the entire silicon TAM. This trend is being driven by what Gelsinger called “the digitization of everything” and four superpowers – ubiquitous compute, pervasive connectivity, cloud-to-edge infrastructure, and AI – that are permeating the automotive and mobility industries.

Gelsinger described the situation as both a massive challenge and enormous opportunity – and the perfect time for Intel to step up to the plate.

“This new era of sustained demand for semiconductors needs bold, big thinking,” said Gelsinger. “As CEO of Intel, I have the great privilege to be in a position to marshal the energies of 116,000 employees and a massive chip-design and manufacturing ecosystem, to meet the demand.”

Intel has plans to build at least two new leading-edge semiconductor factories in Europe with plans for future investments that could reach 80 billion euros over the next decade.

Advertisement
In this article:chip shortage, semiconductors
Print
Up Next: