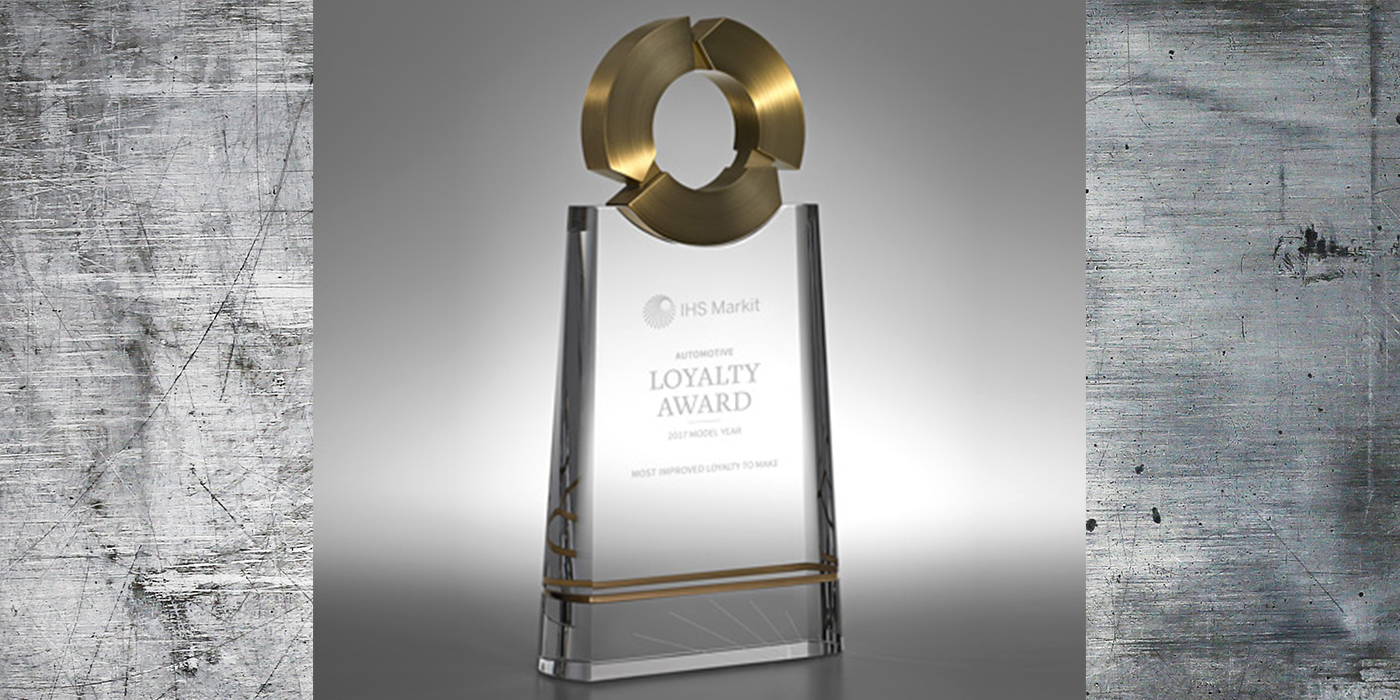 IHS Markit has announced the results of its 25th annual Automotive Loyalty Awards today, recognizing General Motors for its leadership as top manufacturer for automotive loyalty in the U.S. in 2020. This is the sixth consecutive win for GM in the ‘Overall Loyalty to Manufacturer’ category and 17th in the last 25 years. GM’s 69 percent retention of its customers is attributed to its popular utility and pickup lineup, with 93 percent of returning owners purchasing another GM utility vehicle or pickup truck in 2020.

Ford took top honors in the ‘Overall Loyalty to Make’ category, winning its 11th consecutive award. This marks 20 wins for the brand in this category since its inception. Ford’s leadership in pickups contributed to its industry leading loyalty level of 63 percent, with F-Series accounting for 39 percent of the brand’s make loyal volume in 2020.

With industry investment in green technology increasing, IHS Markit added a new category to this year’s Awards, recognizing an OEM’s ability to retain an owner of a hybrid or electric vehicle to the brand, and also have them purchase another alternative powertrain vehicle upon returning to market. In the ‘Alternative Powertrain Loyalty to Make’ category, Tesla achieved highest honors with a loyalty rate of 55 percent, due in part to its BEV-exclusive lineup versus other brands with more diverse fuel type offerings.

“Our 25 years of experience in analyzing automotive loyalty shows it is an important influencer of market share as the opportunity for sales growth continues to contract,” said Joe LaFeir, senior vice president and Automotive business line leader, IHS Markit. “In such a competitive environment, OEMs have been diligent in their strategic marketing efforts, and it’s clear these initiatives have been a core focus for this year’s winners.”

Ethnic consumers accounted for 34 percent of all vehicle registrations in 2020, making them a key focus of manufacturers and brands looking for sales opportunities in a declining market. Recognizing the importance of ethnic loyalty since 2008, IHS Markit has acknowledged four brands for their efforts in retaining their diverse customer base. For ‘African American Loyalty to Make’, Ford and Toyota tied for leadership in 2020, each achieving a loyalty rate of 63 percent among African Americans. The ‘Asian Loyalty to Make’ award was captured for the first time by Tesla, with 55 percent loyalty. Toyota was recognized for the ‘Hispanic Loyalty to Make’ award, with 64 percent loyalty.

IHS Markit also analyzed brands for year-over-year improvement of their loyalty rates. For 2020, Alfa Romeo was honored with the ‘Most Improved Make Loyalty’ award, a category that returned this year after a year hiatus from the program. An aggressive lease strategy and increased interest in the Stelvio helped the brand increase its make loyalty, rising 9 percentage points from 2019.

Another key metric for this year’s Loyalty Awards was conquest, both as it relates to a brand’s ability to capture non-loyal sales, along with its eventual opportunity to convert those conquests to loyalists. The ‘Highest Conquest Percentage’ award category was won by Tesla, a repeat winner, which was able to conquest 16 percent of the eligible volume in the segments in which it competes. The brand’s ability to capture 81 percent of all gas customers who purchase an EV led to a 6 percent increase in conquest volume versus the previous year.

Genesis claimed its first ever loyalty award, winning the inaugural award for ‘Highest Conversion of Conquests to Loyalists’, which recognizes brands for their ability to keep their conquests within the brand when returning to market. Despite the brand still being in its infancy, the continued popularity of the G70, along with a redesigned G80 helped to keep previous conquests from defecting.

Lincoln again topped the ‘Overall Loyalty to Dealer’ category, as more Lincoln owners returned to the same Lincoln dealer for another Lincoln than any other brand during the 2020 calendar year.

Note: *repeat winners from the 2019 awards, although some segment names have been adjusted

Loyalty is determined when a household that owns a new vehicle returns to market and purchases or leases another new vehicle of the same make, model or manufacturer. This year’s awards are based on an analysis of 12.4 million new retail vehicle registrations in the U.S. during the 2020 calendar year. The newly acquired vehicle may be either a replacement or an addition to the household fleet.

IHS Markit has been tracking automotive loyalty for 25 years and is relied upon by major automakers and their marketing partners to effectively manage owner loyalty and conquest efforts through in-depth research and analysis of automotive shopping behaviors, related market influencers and conquest and retention strategies. The Automotive Loyalty Awards by IHS Markit are the industry’s only fact-based awards of their kind. For more information, visit: www.ihsmarkit.com/auto-loyalty.

OE: Toyota To Debut 3 New EVs For US Market