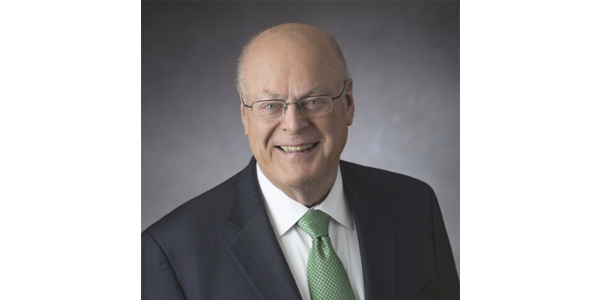 Robert Miller (pictured) is retiring from IAC after three years as president and CEO. 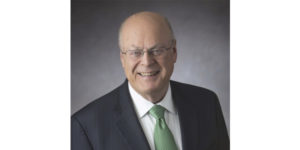 International Automotive Components Group (IAC), a global automotive and mobility leader in lightweight and new-material interior solutions, has announced that Natale “Nat” Rea has been appointed president and interim CEO, effective immediately. Robert “Steve” Miller is retiring from IAC after three years as president and CEO.

Rea brings more than 40 years of automotive supplier experience. Prior to serving as president of his investment firm, Rea Holdings Inc. from 2012 to 2018, he served as president of the Automotive Division at Martinrea International Inc, one of the world’s largest producers of lightweight cast aluminum engine blocks, transmission housings and structural components. Martinrea was formed in 2002 when Rea International Inc. merged with another supplier.

“We are thrilled to welcome Nat to IAC,” said IAC Group Chairman Stephen Toy, senior managing director and co-head of WL Ross & Co. “Nat’s in-depth knowledge of the industry combined with his operational experience and proven track record of driving growth makes him an ideal addition to IAC’s senior management team. We thank Steve Miller for his significant contributions to IAC over the past three years, including the development of our long-range strategic plan, the establishment of our joint venture, Auria Solutions Ltd. with Shanghai Shenda Co. Ltd., as well as the successful recapitalization of the company and wish him well in his future endeavors.”

Miller joined IAC in 2015. He is widely recognized for his broad operational experience, brings years of automotive supplier and OEM experience to IAC, previously serving as a board member of Federal-Mogul Corp. from 1993 to 2005 and as interim CEO during a portion of that period. He served as chairman and CEO of Bethlehem Steel Corp. from 2001 to 2003 and as chairman and CEO of Delphi Corp. from 2005 until 2006 and held the executive chairman position from January 2007 until Delphi’s Chapter 11 emergence in 2009.

Miller has considerable executive leadership experience, serving as a member of boards of directors in a variety of industries, such as consumer products (Coleman, Reynolds American and Kendall Jackson), financial services (US Bancorp and American International Group) and industrials (United Airlines, Syntex, Pope & Talbot and Waste Management). He currently serves as a director of Dow Chemical; internet security software company Symantec Corp.; and global insurance conglomerate American International Group. He also is chairman of the private equity firm MidOcean Partners.

Miller began his career in 1968 at Ford Motor Co. and after more than a decade there joined Chrysler Corp., where he worked for 13 years, eventually serving as vice chairman. While at Chrysler, all international automotive operations and non-automotive operations reported to him. He then joined New York investment bank James D. Wolfensohn Inc. as a senior partner from 1992 to 1993. In 1995, Miller was appointed chairman of the board of engineering, construction, mining and environmental services firm Morrison Knudsen Corp. from April 1995 until September 1996, overseeing financial restructuring and the merger with Washington Construction. Miller was then named vice chairman of the board (renamed Washington Group) until February 2002.

Advertisement
In this article:IAC Group, personnel
Print
Up Next: