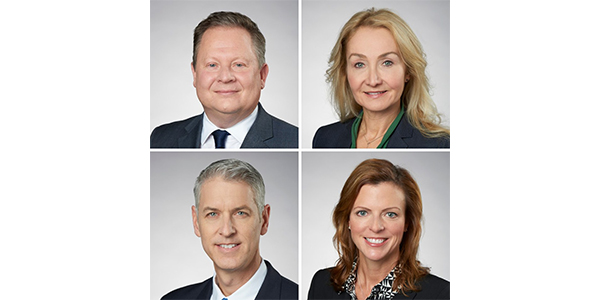 These changes represent a new direction for IAC and are designed to better position the company to drive growth, align its structure with company goals and enhance its product portfolio.

International Automotive Components (IAC) Group has announced changes to its executive leadership team including the appointment of its new chief financial officer, general counsel and the creation of chief technology officer and chief supply chain officer roles. These changes represent a new direction for IAC and are designed to better position the company to drive growth, align its structure with company goals and enhance its product portfolio.

Headquartered in Luxembourg, IAC Group is a global supplier of automotive components and systems, including instrument panels, console systems, door panels, headliners and overhead systems to automakers around the world. IAC Group operates more than 50 manufacturing facilities in 16 countries, and more than 60 total locations in 19 countries, including 18 design, technical and commercial centers. The company’s 2017 sales were $4.4 billion.

“These organizational changes will add additional expertise and depth to our leadership team that will strengthen the company’s ability to adapt to market changes, more rapidly achieve our strategic objectives and capitalize on growth opportunities,” said CEO Manfred Gingl. “We are thrilled to welcome industry veterans of this caliber to IAC.”

IAC’s leadership appointments are comprised of the following individuals:

David Prystash joins the company’s leadership team as chief financial officer (CFO) reporting to IAC CEO Manfred Gingl. As CFO, Prystash will oversee the company’s global finance, treasury and accounting activities. He replaces Dennis Richardville, who is retiring from IAC after 16 years. Prystash comes to IAC from General Motors (GM), where he was vice president and CFO of Global Product Development, Purchasing and Supply Chain. In this role, he was instrumental in negotiating the sale of Opel/Vauxhall to Peugeot and achieving $6.5 billion of cost reductions over a four-year period. Prior to that, he served GM as CFO of Global Manufacturing and Labor Relations. Before joining GM, David also held executive leadership roles –  including CEO and CFO – with various non-automotive companies after spending 24 years at Ford Motor Co. (Ford) in various senior financial and operational posts including assignments in Asia and South America. Prystash earned a Master of Science in industrial management and a Bachelor of Science from Carnegie Mellon University in Pittsburgh, Pennsylvania.

Iwona Niec Villaire has been named executive vice president, general counsel and corporate secretary. Villaire will be responsible for overseeing the company’s legal affairs on a global basis. Before joining IAC, Niec Villaire spent the past three years of her 20-year career as chief administrative officer and general counsel for Chassix Inc., where, among her many accomplishments, she was instrumental to the development and execution of the company’s long-range strategic plan to drive profitable growth. She was also credited with implementing the company’s global compliance program and led the alignment of the company’s human resources with its long-term objectives. Prior to Chassix, Niec Villaire served as deputy general counsel and director of global compliance with Cooper-Standard Automotive and was senior counsel with Federal-Mogul Corp. Niec Villaire earned a Juris Doctorate, Master of Arts in educational psychology and a Bachelor of Science in psychology from Wayne State University in Detroit. She is a member of Inforum Michigan and the Michigan Bar Association.

David Pascoe has been appointed to the newly created position of chief technology officer. In this role, Pascoe will be responsible for expanding the company’s advanced technology portfolio and evolving its global product strategy. Pascoe comes from Magna International, where he most recently served as vice president of Engineering, Research and Development (R&D). He is credited with launching Magna’s Open Innovation Initiative to vet and identify global technology solutions. Pascoe held various executive positions with Magna companies throughout his 31-year career, including vice president of Corporate Engineering and R&D and vice president of Electric Vehicle Technology. He spent the first 10 years of his career as a design engineer for Magna, where he worked on product design and development for body, chassis, hardware, powertrain, interiors and mirrors. Pascoe earned a bachelor’s degree in engineering science from the University of Western Ontario in London, Ontario, Canada.

Kelly Bysouth recently joined the company as chief supply chain officer. In this new role, she has global responsibility and operational control of procurement and supply chain activities. Bysouth brings 25 years of experience in the automotive procurement and supply chain space. She was previously with Adient, where she was vice president of Global Procurement and Supply Chain and is credited with building the first centralized supply chain function within the organization and delivering benchmark year-over-year cost savings. She held a variety of leadership positions during her tenure at Adient in North America and Europe. Bysouth earned a Bachelor of Arts in finance from Michigan State University, a Master of Business Administration from the University of Michigan and CPSM certification.

Advertisement
In this article:IAC Group
Print
Up Next: