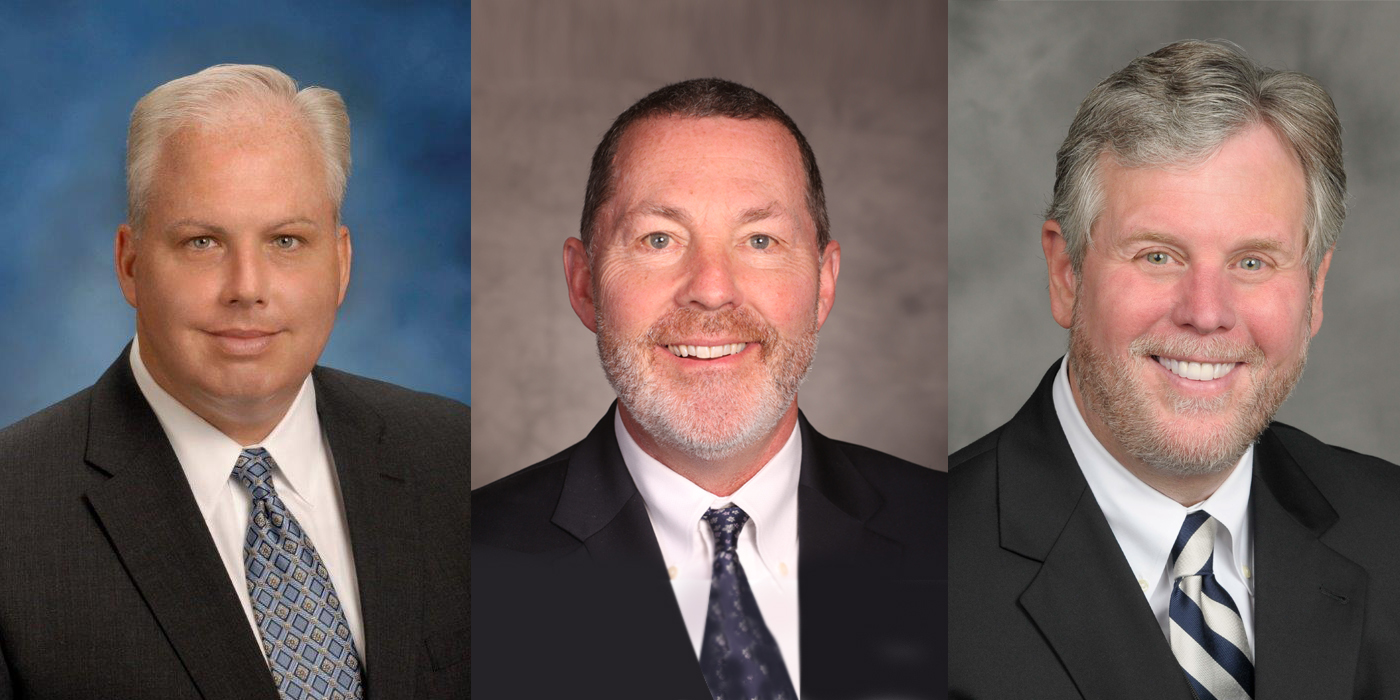 Kyle Thompson, Tim O’Day and Jim Roach (from L to R) were recognized for their outstanding service.

I-CAR, the Inter-Industry Conference on Auto Collision Repair, recognized three industry leaders for their outstanding service to I-CAR and the inter-industry during this year’s SEMA Show.

Jim Roach received the I-CAR Chairman’s Award that recognizes an individual or organization whose contributions to I-CAR have been significant or extraordinary. The Chairman’s Award recipient is selected by the Executive Committee of the I-CAR Board of Directors (BOD).

The Chairman’s Award was presented to Roach, who participated virtually, by Kyle Thompson, immediate past Chair of I-CAR’s BOD and Assistant Vice President, Property and Casualty, USAA.

Tim O’Day, President and CEO of Boyd Group Services, and Thompson, were both honored with I-CAR Founder’s Awards. The Founder’s Award has been presented to I-CAR’s immediate past BOD Chair since I-CAR’s inception in 1979; this recognition was paused during COVID. As such, Thompson presented O’Day with the Founder’s Award for his service as Board Chair from 2018-2020. Prior to joining the I-CAR Board in 2014, he served two terms on the CREF Board of Trustees

Jim Guthrie, current I-CAR Board Chair and President, Car Crafters, presented the Founder’s Award to Thompson for his leadership as Board Chair from 2020-2022.

Advertisement
In this article:awards, I-CAR, SEMA Show
Print
Up Next:

SMP Cares Initiative Gives Back in 2022