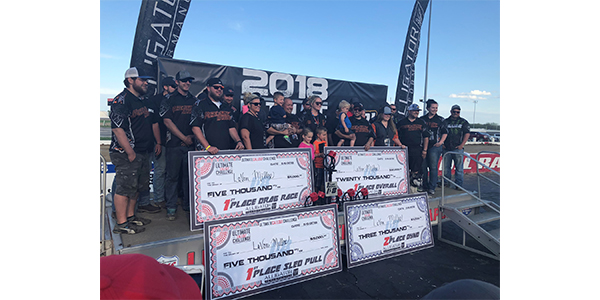 Hot Shot’s Secret Director of Marketing, Kyle Fischer, said, “This is an exciting step for Hot Shot’s Secret to give our full support to the entire Firepunk Diesel team. Lavon has been testing our products on the dyno and the track with great success this year, and the results have been shared with the team. With proven and unmistakable results, we have been growing the brand and our level of sponsorship. We believe in Lyn, Lavon and the entire Firepunk team and look forward to what can be accomplished for the remainder of the race season and next year.”

In addition to sponsorship of Firepunk Diesel, Hot Shot’s Secret sponsors Amalee Mueller and her Save the Racks truck. She competes in NHRDA’s Super Diesel drag racing class and is currently in second place in points in the NHRDA Hot Shot’s Secret Diesel Drag Racing Series. Her family’s other Save the Racks branded truck is currently driven by Firepunk Diesel’s Larson Miller. For each pass made in either of Mueller’s Save the Racks race trucks, Lubrication Specialties donates $50, or provides a $250 bonus for finishing runner-up or a $500 bonus for a class victory at every NHRDA event.

Advertisement
In this article:Hot Shot's Secret, Motorsports
Print
Up Next: