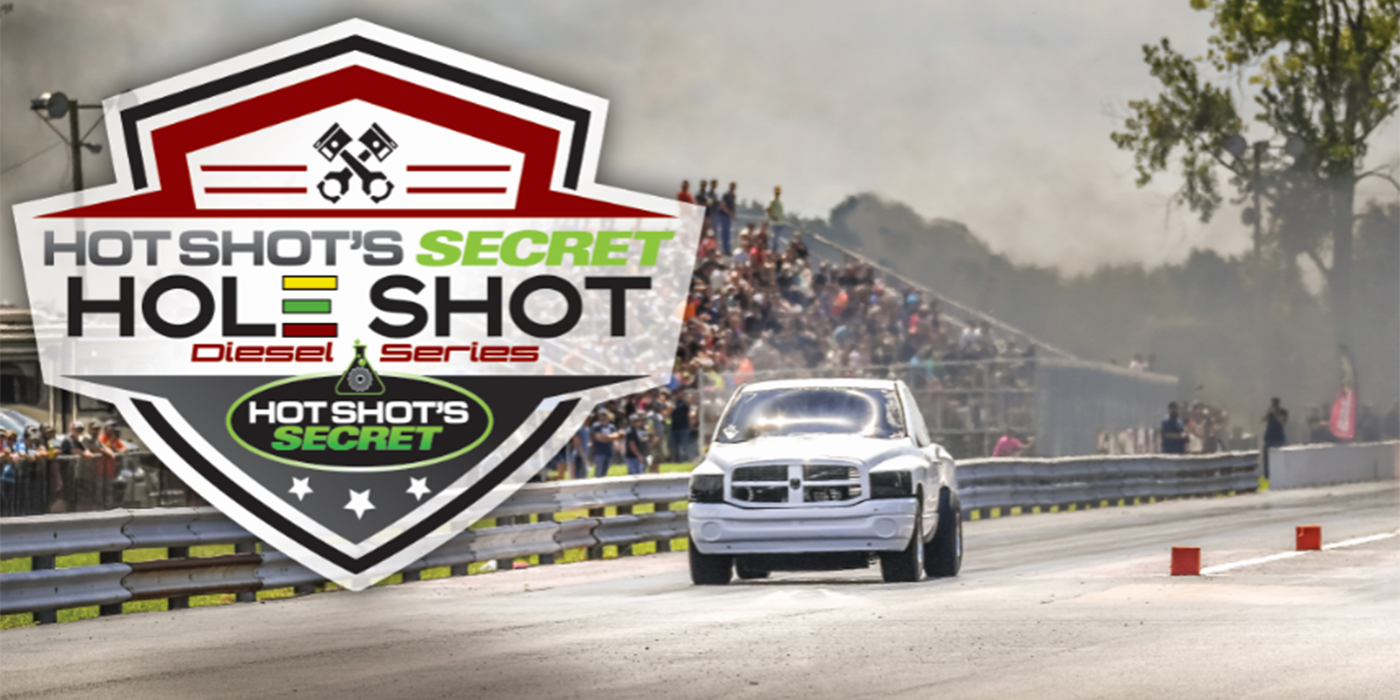 Diesel drag racing is returning to the West Coast after a two-year hiatus with a new series and title sponsor. Hot Shot’s Secret has announced the title sponsorship of the Hole Shot Diesel Series. With the closure of the National Hot Rod Diesel Association (NHRDA), the West Coast was without a diesel race series. Hot Shot’s Secret is eager to bring diesel drag racers back to the track. This first season of the new series will start with five to seven races, and the organizers plan to add more races over the upcoming seasons.

The growth of diesel drag racing is currently exploding on the East Coast with the Outlaw Diesel Super Series (ODSS) and the organizers of the new Hole Shot Diesel Series plan to complement, rather than compete with the ODSS. As such, they will try to limit any overlap of diesel drag racing events, incorporate ⅛ mile passes instead of ¼ mile, run the same classes and rules, and in conjunction with the ODSS, ultimately develop an East vs. West World Finals event, where top points winners from both series will face-off at the end of the season.

“We could not be any more thrilled to announce our title sponsorship of the Hole Shot Diesel Series,” says Kyle Fischer, Hot Shot’s Secret director of Branding and Promotions. “Hot Shot’s Secret had gained tremendous momentum in diesel drag racing on the West Coast as the title sponsor of NHRDA so when this opportunity was brought to our attention, it was a no-brainer to pick up right where we left off two years ago. I can’t wait to see some familiar faces as some of the best racers in the country are on the West Coast. With a long-term commitment, we look forward to helping grow the series over the next several years.”

The organizers of the new Hole Shot Diesel Series are no strangers to the diesel motorsports industry. The group also produces the Northwest Dyno Circuit (NWDC), the Diesel Performance Industry (DPI) Expo and the largest diesel motorsports event in the nation, the Ultimate Callout Challenge (UCC).

James Brendle, owner of the Hole Shot Diesel Series says, “We have been painfully aware during the past few years of how it has been a dried-up desert on the West Coast for some of the best drag racers in the country. With our years of experience with NWDC, the DPI Expo, and the UCC, we knew we could put together this new series effortlessly to fill that void. Everything is falling into place, and we are extremely proud to have Hot Shot’s Secret as title sponsor of the Hole Shot Diesel Series. We have worked with them for many years with UCC, DPI and NWDC and have always been impressed with their commitment and hands on involvement with everything they sponsor. They are the perfect fit.”

The Hot Shot’s Secret Hole Shot Diesel Series season opener kicks off this spring on Saturday, April 24 with the Golden State Diesel Fest presented by Diesel World at the Sacramento Raceway Park. Live streaming of the inaugural event will be provided by Diesel World Magazine.

Advertisement
In this article:Hot Shot's Secret, motorsports partnerships
Print
Up Next:

2021 Respect Is Learned In The Pits Contest Launched