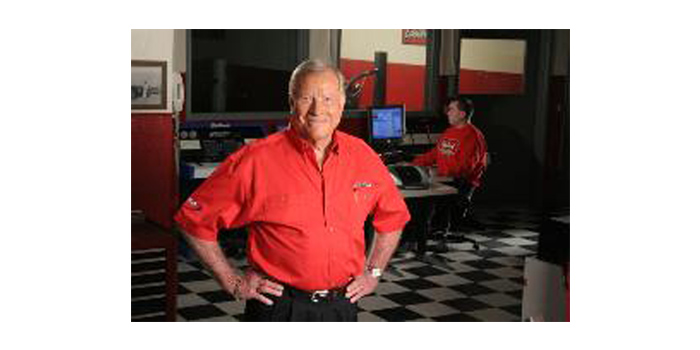 Edelbrock passed away on June 9 at his home in Rolling Hills, California. “His passing was peaceful and in the company of his closest friends and family,” according to a company Facebook post. 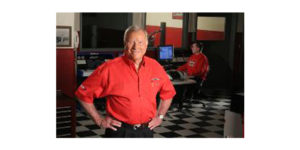 From a 2009 AMN Executive Interview

Vic Edelbrock Jr., head of the namesake high-performance Torrance, California, company founded by his father, has died. Edelbrock, 80, passed away following complications from a recent cold, according to media reports.

The following obituary is from The Press-Enterprise in Riverside, California.

Edelbrock passed away on June 9 at his home in Rolling Hills, California, from what a company Facebook post attributed to complications from a recent cold. “His passing was peaceful and in the company of his closest friends and family,” according to the post.

A key part of Edelbrock’s place in the industry was the company’s foundry in San Jacinto, California, where the manufacturer could turn out performance parts in a domestic plant and oversee quality control.

Edelbrock was just 12 when he began spending summers working around his father’s auto parts shop for $2 an hour and 26 when Vic Edelbrock Sr. died of cancer in 1962 and he inherited the business.

In carrying on his father’s legacy, Edelbrock helped reshape an industry devoted to designing and manufacturing high-quality, high-performance replacement parts for the automotive and motorcycle aftermarkets.

In no time, Edelbrock Corp., which is based in Torrance off Crenshaw Boulevard and has a foundry in San Jacinto, was considered royalty in the automotive world, known to car buffs everywhere.

Edelbrock’s father, Vic Edelbrock Sr., was a broad-faced farm boy from Kansas who opened his first auto speed shop in the 1930s on Wilshire Boulevard in Beverly Hills, according to the company’s website.

Edelbrock was born in 1936, four years after his father bought his first “project car” – a 1932 Ford Roadster.

He watched as his father’s reputation as an elite mechanic grew.

Meanwhile, the Roadster became a foray for the family business into the world of hot rods. It would spark the design and manufacture of the first Edelbrock intake manifold – the part of an engine that supplies the fuel/air mixture to the cylinders.

Edelbrock Sr. would strike gold as his manifolds helped hot rods win races on California’s dry lake beds. The elder Edelbrock would push the business to greater heights, continuing to innovate and grow.

When his son became president and CEO of Edelbrock Corp., the company had just 10 employees, annual sales of $450,000 and $200,000 in the bank. He built it into a multimillion-dollar enterprise with its own development labs, ad department and assembly lines employing 700 people in three shifts.

In the 1980s and ‘90s he moved Edelbrock Corp. into a new direction with a product line that included carburetors, camshaft kids, valve train parts, exhaust systems and engine accessories, among other things.

Key to the self-sufficient company was its foundry, allowing Edelbrock to control the quality of its aluminum castings. Edelbrock Foundry Corp. is an aluminum green sand foundry built by the company from scratch in San Jacinto in 1988.

“Our aluminum castings are very important to us because there are so few castings that we need,” Edelbrock said in an interview for a 2000 article in the Daily Breeze.

“We want to control our own destiny,” Edelbrock said in another interview.

Edelbrock, the only child of Edelbrock Sr., graduated from Dorsey High School and attended USC on a football scholarship. He graduated with a degree in business in 1959, just three years before his father’s diagnosis and death from inoperable cancer.

He earned his pilot’s license in 1968 and would fly from Torrance to check on his San Jacinto foundry. Edelbrock, who also liked to race cars and boats, served as president and CEO of Edelbrock Corp. until 2010, when he gave up those positions but stayed on as chairman of the board.