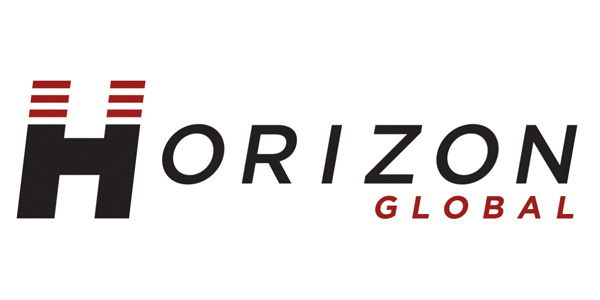 Prior to his appointment as interim CFO, Jok served as the company’s VP, financial planning and analysis. Jok replaces outgoing CFO Jamie Pierson, who is stepping down from the role effective Dec. 13.

Horizon Global Corporation, one of the world’s leading manufacturers of branded towing and trailering equipment, announced recently that its board of directors appointed Richard Jok as interim CFO and Matthew Meyer as chief accounting officer. Both appointments are effective Dec. 13.

Prior to his appointment as interim CFO, Jok served as the company’s VP, financial planning and analysis. Jok replaces outgoing CFO Jamie Pierson, who is stepping down from the role effective Dec. 13.

Terry Gohl, Horizon Global’s CEO, stated, “We are pleased to announce Rick as Horizon Global’s interim chief financial officer. Rick has substantial automotive industry experience and we believe he is well-suited to lead our global finance function. We look forward to Rick’s heightened contributions to the business.”

John Kennedy, Horizon Global’s board chair remarked, “We are pleased to have a strong leader like Rick step in as interim chief financial officer. With Rick in place, we have continuity within the function and the business, as a whole, and our focus can remain on driving our many business improvement initiatives.”

Prior to Meyer’s appointment as chief accounting officer, he served as Horizon Global’s corporate controller. In his new role, Meyer will be responsible for the company’s global financial reporting, accounting and tax functions.

With respect to Meyer’s appointment, Gohl stated, “Matt did an exceptional job for us as corporate controller and his promotion to chief accounting officer is well deserved. We believe Matt’s diverse accounting, tax and finance experience will lend itself to success in this expanded role.”

Jok has served as the company’s VP, financial planning and analysis, since August 2019. Prior to joining the company, Jok served as the CFO of OE Automotive Group, LLC, a wholly owned subsidiary of Crowne Group, LLC, an automotive supplier of formed metal tubing and precision plastic components, from March 2016 to February 2018. In February 2018, Crowne Group spun off OE Automotive Group, LLC to form Vari-Form Group, LLC. Jok served as CFO of Vari-Form from February 2018 to May 2018. Previously, Jok was employed by Nexteer Automotive Corporation, an automotive steering and driveline supplier, in positions of increasing responsibility from January 2003 to January 2015, ultimately serving as its CFO, Saginaw Division, from March 2011 to January 2015.

Meyer has served as the company’s corporate controller since November 2018. Prior to joining the company, Meyer served as corporate controller for Joyson Safety Systems, a global leader in mobility safety providing safety-critical components, systems and technology to automotive and non-automotive markets, from December 2015 to November 2018. From January 2015 to December 2015, Meyer served as director, accounting and reporting for Federal-Mogul Holdings Corporation, a developer, manufacturer and supplier of products for automotive, commercial, aerospace, marine, rail and off-road vehicles; and industrial, agricultural and power-generation applications. Prior to his position with Federal-Mogul, from September 2011 to January 2015, Meyer served in a variety of management positions of increasing responsibility, ultimately serving as compliance director for Kelly Services Inc., a global leader in providing workforce solutions, including outsourcing and consulting services. Meyer also served in a variety of positions leading up to an audit manager position with KPMG, LLP, a global network of professional firms providing audit, tax and advisory services, from January 2007 to September 2011.

Advertisement
In this article:Horizon Global
Print
Up Next: