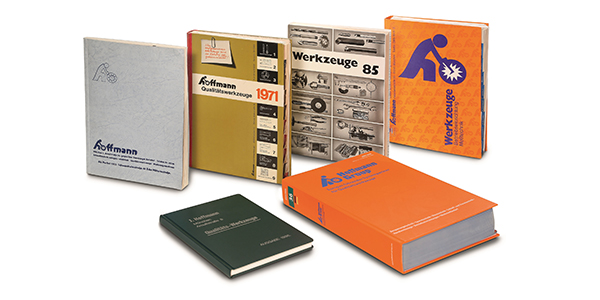 The foundations of Hoffmann SE were laid by Josef Hoffmann on March 11, 1919, in Munich. His son Franz joined the business in 1932. In 1936, he created the Hoffmann catalog, which is now published in 18 languages, and also is available in the form of an online e-shop at hoffmann-group.com.

Hoffmann Group USA has announced that its global headquarters is celebrating the centennial of the company’s founding and after 100 years is still at the top of its game: In 2018, Hoffmann SE and its subsidiaries achieved record sales, topping $1.1 billion for the first time; the company’s workforce has reached a record level of more than 3,000 people; and the business continues to grow organically.

“The fact that our business is doing so well today is thanks primarily to our highly committed staff,” said Nicola Bleicher, great-granddaughter of the company founder and a shareholder in Hoffmann SE. Her sister and co-shareholder Verena Heinrich added, “Our employees are the driving force of our 100-year-old company. Their vision, creativity and entrepreneurial spirit enable it to adapt flexibly to changing times.”

The foundations of Hoffmann SE were laid by Josef Hoffmann on March 11, 1919, in Munich. His son Franz joined the business in 1932. In 1936, he created the Hoffmann catalog, which is now published in 18 languages, and also is available in the form of an online e-shop at hoffmann-group.com. Starting in the 1950s, Franz Hoffmann directed the business firmly toward the selling of quality tools supported by high-level expert advice. He also was responsible for launching the company’s own product lines under the GARANT brand name back in 1973. As the longstanding head of the company, he molded and embodied its culture and values more than anyone else.

“We are still today putting into practice the values by which the company first gained its success, now formulated by the slogan ‘Pioneering, Precise, Personal,'” said Siegfried Neher, executive board member and director of technology and transformation of Hoffmann SE. “That approach incorporates a strong sense of quality awareness, as well as adherence to the three key criteria of keeping things simple, focused and useful, a firm commitment to continuous improvement and long-term planning. Our system of values is the compass which guides us and keeps us on course.”

A key legacy of Franz Hoffmann is the commitment to getting “ever better,” the company says. It is the driving force behind the innovative strength of the company.

“We are investing massively in the future in order to drive innovation,” said Nicola Bleicher. “At present our focus is on the development of digital products and services. Also, we are undertaking the largest project in the company’s history, with LogisticCity.”

LogisticCity is currently under construction in Nuremberg, and will become the company’s global distribution center. Some 900 people in total will be employed at the new facility in Nuremberg.

“We are sure that we are well set for the next 100 years,” Verena Heinrich concluded.

Advertisement
In this article:Anniversaries, centennials, Hoffmann Group
Print
Up Next:

Kaeser Expands US Headquarters
Connect with us