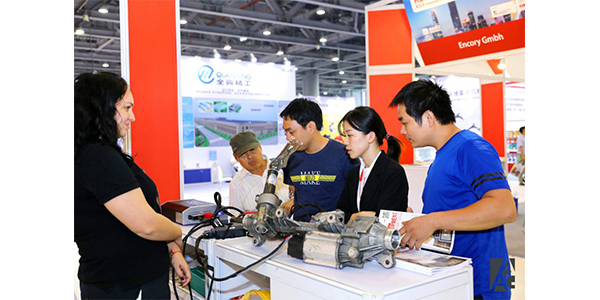 Co-located with Automotive Aftermarket Guangzhou (AAG), Rematec Asia presented the opportunity for European, North American and South East Asian participants to get a first-hand look at remanufacturing companies in China and look for opportunities to enter the Chinese remanufacturing market.

From Oct. 11-13, RAI Amsterdam held its first Asia edition of Rematec, showcasing what the Chinese remanufacturing industry has to offer. Co-located with Automotive Aftermarket Guangzhou (AAG), Rematec Asia presented the opportunity for European, North American and South East Asian participants to get a first-hand look at remanufacturing companies in China and look for opportunities to enter the Chinese remanufacturing market. The international exhibitors also benefited from AAG visitors, allowing Chinese workshops, service stations and authorized dealerships to get acquainted with the sustainable benefits of remanufacturing.

The Rematec Theatre was the focal point of the Rematec Asia program and it was open to all visitors of Rematec Asia and AAG. It included a series of inspiring topics such as core logistics, cleaning technology and best practices in Chinese remanufacturing. All sessions were multilingual and well-attended. The vibrant show floor offered a mix of International and domestic auto parts remanufacturing businesses.

One of the highlights for international attendees was the AAG’s Welcome Dinner, which was a formal dinner attended by 500 delegates. The famous Cantonese cuisine and the Chinese cultural performances allowed for all to network and connect with each other.

“Rematec Asia succeeded in its ambition to offer insights in Chinese remanufacturing and play an active role in connecting international and Chinese businesses,” said Niels Klarenbeek, director of Rematec, commented. “The first edition offers a strong foundation to further develop the event in the years to come.”

Yorien de Ruijter, exhibition manager for Rematec Asia, said he believes that bridging the physical gap between east and west in remanufacturing has succeeded. “We’ve been able to organize valuable business meetings between local and international remanufacturing ventures,” she said. “It was beneficial for all parties to meet in person. On behalf of RAI Amsterdam, I would like to thank our organizing partners CPRA, Sinomachint, as well as exhibitors and visitors for their support and attendance.”

The last day included a tour to local remanufacturers. The trip included the recently opened immense Guangzhou Huadu auto parts market, where a staggering 1,200 shops offered a wide of auto parts, including core parts and components. The visit gave clear insight in the challenges and opportunities in return logistics in China.

The Guangzhou Kuayue Auto Parts Corp. opened its EPS steering parts remanufacturing facility for the tour. International delegates were impressed by the number of cores on stock and the company’s dedication to quality. They also learned about the latest insights of the Chinese certification regulations that apply to Chinese remanufacturing.

The last stop was to Guangzhou Huadu World Wide Transmission, which is a large Chinese OE contract remanufacturer. The company remanufactures automotive transmissions for leading Chinese vehicle manufacturers. The state-of-the-art facility is setting the trend for remanufacturing in China.