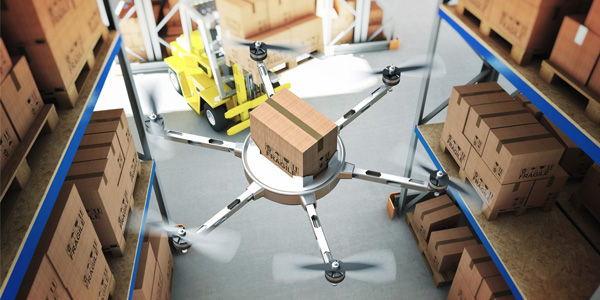 Using what it describes as “advanced robotics and AI,” an Israeli-based startup employs robots to power customized warehouses or micro-fulfillment centers. These facilities must be small enough to be placed in urban areas, rather than miles away on the outskirts of town. 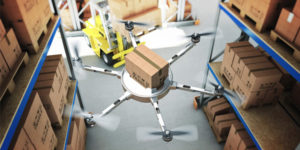 Many years ago, when a major electronics manufacturer was looking for a new fulfillment operation, our author submitted a very creative proposal from a leading-edge direct marketing company, offering an automated “pick and pack” system. At the time, that system seemed very far in the future. Now, an Israeli-based startup CommonSense Robotics, has developed new technology combining artificial intelligence (AI) and robotics, making that system a reality.

More and more grocery retailers are jumping into the business of fulfillment and delivery. Not surprisingly, CommonSense Robotics recently raised an additional $20 million in funding, bringing the company’s total to $26 million. “The funds will be used to scale up the company’s facility deployment rate, develop their next generation of robotics and AI, and expand global operations and sales.”

What these robots do

CommonSense Robotics allows retailers, even small ones, to offer grocery deliveries to consumers in one hour, on-demand, “at a profitable margin.” Using what it describes as “advanced robotics and AI,” the company employs robots to power customized warehouses or micro-fulfillment centers. These facilities must be small enough to be placed in urban areas, rather than miles away on the outskirts of town.

Not only can the robots put products on the shelves, but they also can pick the right ones and bring them to humans who then pack a customer’s order. Other robots get the packaged order out to delivery. This robot/AI and human combination will meaningfully reduce the cost of on-demand groceries and broaden the range of retailers that can compete with Amazon and other majors. (Editor’s note: This same technology could easily be replicated in an auto parts warehouse as well.)

The company has numerous types of robots designed to handle different tasks. Their AI software finds the right robots to complete those tasks. They have robots capable of moving boxes at high speeds. Once the orders are packed by humans, another type of robot will pack the orders into a van or scooter for dispatch.

Designed to work in a relatively small space

In addition, all of this picking and packing is designed to use a space of about 10,000 square feet, due to an ingenious “3-D ‘cube’ of racks” which facilitates their using the vertical as well as horizontal space. CommonSense Robotics’ entire system is proprietary and designed to maximize space, labor and speed efficiencies. Imagine dispatching an average grocery order in less than three minutes –  one-tenth of the time for a completely human process. The first operational facility deploying the first generation of its robots will open this year with more expected facilities in the U.S., U.K. and Israel later in 2018.

This company’s robots are just the beginning of wave of automation we expect to take over many kinds of manual labor all over the world. No matter what you do, if you want to stay employed, be sure to keep learning and growing.

Advertisement
In this article:Herman Trend Alert, Robotics
Print
Up Next:

Guest Commentary: This Doesn’t Have To Happen Anymore

What’s Really Behind The Aftermarket’s Growth?
Connect with us