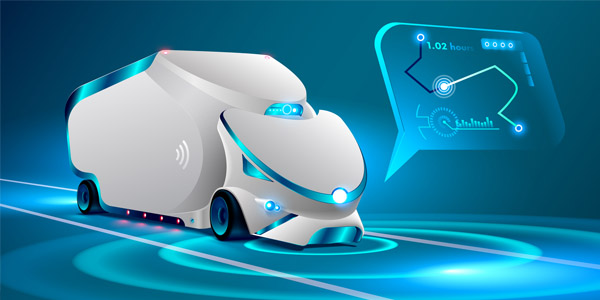 While cars drive on all kinds of roads, freightliners are typically long-haul trucks – mostly found on long highways and freeways. Thus, designing (and programming) self-driving freight trucks is much easier than the same processes for self-driving cars. 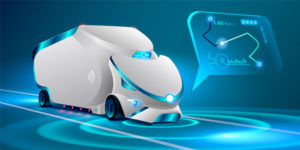 Two years ago, Daimler tested the first self-driving semi-truck. This German multinational corporation owns Mercedes-Benz and is the largest truck manufacturer in the world. But, thanks to Tesla, Daimler now has some heavy competition. This Herman Trend Alert is the first of two parts, talking about this vital topic. You will read more about Tesla’s electric self-driving trucks next time.

While cars drive on all kinds of roads, freightliners are typically long-haul trucks – mostly found on long highways and freeways. Thus, designing (and programming) self-driving freight trucks is much easier than the same processes for self-driving cars. In fact, Daimler’s Freightliner Inspiration Trucks have already been officially licensed to operate on Nevada’s public highways.

Efficiency that can save billions

Though 5.6 million tractor-trailers (semi-trucks) represent only about 5 percent of the total vehicle population in the United States, they consume 20 percent of the total transportation fuel. With their computer-controlled drivetrains, self-driving trucks can reduce fuel bills by 4 to 7 percent. Since the average long-haul truck travels an average of 101,000 miles, this efficiency translates to billions of dollars in savings to truck owners per year.

The California-based company Peloton Technology collaborated with Daimler to create truck caravans that could further the reduce cost of fuel and even haul more freight for not much more money. Exploiting Peloton’s “platooning technology,” the first truck would have a human driver in the cab, responsible for leading a caravan (or peloton) of up to a dozen or more self-driving trucks along the highway. Though the lead truck driver would control all the trucks, individual drivers will still be needed to maneuver the highway exits, city streets and backing up to the loading dock.

How this technology can save even more on truck drivers

The adoption of semi-autonomous freight trucks also might help curb the driver shortage. According to the American Trucking Association (ATA), the trucking industry employs more than 7 million drivers. Though driver turnover dropped to 81 percent in 2016, according to ATA, for large load (and small) fleets, during the last quarter, the driver turnover percentage was its highest in two years.

Tune in next week when we will finish our discussion of this important topic.

Advertisement
In this article:Guest Commentary, Herman Trend Alert
Print
Up Next: