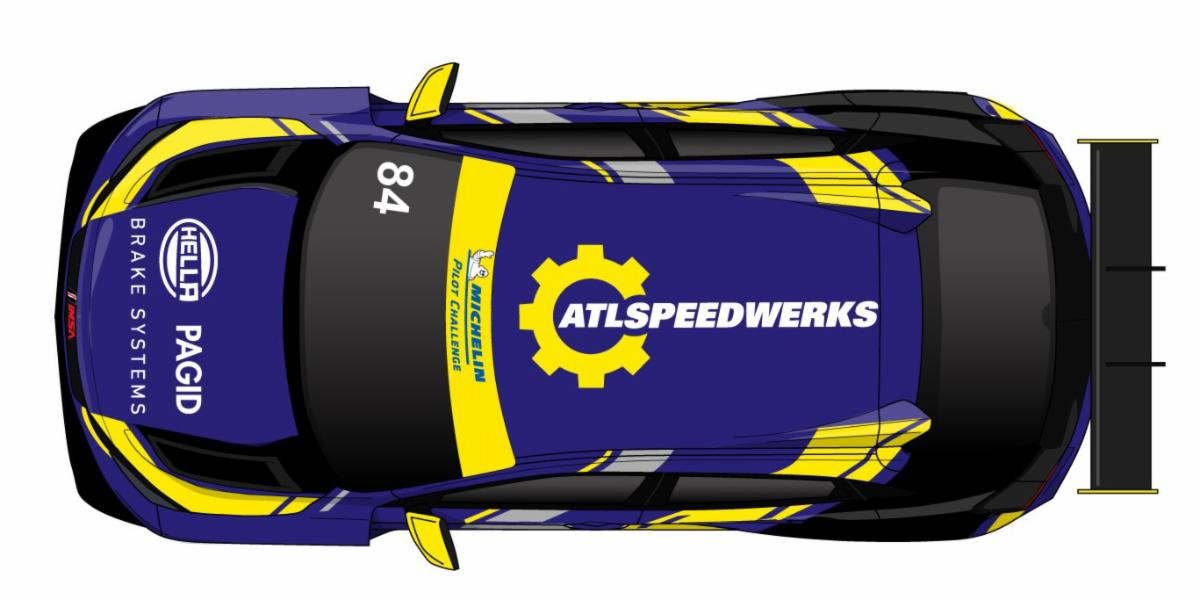 Hella Pagid will be featured on the No. 84 and No. 94 Honda Civic TCRs.

Hella Pagid Brake Systems, a worldwide brake systems specialist for the independent automotive aftermarket that operates as a joint venture with OE automotive suppliers TMD Friction and HELLA, has joined Atlanta Speedwerks for the remainder of the 2021 IMSA Michelin Pilot Challenge season. The brand will appear prominently on the No. 84 Hella Pagid Brake Systems/Sabelt Honda Civic TCR co-driven by Brian Henderson and Robert Noaker and as an associate sponsor on the No. 94 Qelo Capital/Dinner with Racers Honda Civic TCR driven by Ryan Eversley and Scott Smithson beginning this weekend at Road America.

With its U.S. operations based in suburban Atlanta, Hella Pagid Brake Systems sponsorship is an evolution of the long-standing partnership between Atlanta Speedwerks and Pagid. Hella Pagid Brake Systems in the North American market offers OE competence for friction and brake rotors, predominately for European cars – but with an ever-expanding range. For friction, Hella Pagid Brake systems offers over 100 compounds to truly provide the right compound for each car and in brake rotors features high carbon content making then quiet and excellent in dissipating heat.

“We are very pleased to come on board with Atlanta Speedwerks, a local team that is performing at a high level,” Fred Snow, president of Hella Automotive Sales, which distributes Hella Pagid Brake Systems products for the North American market, said. “We look forward to our relationship growing and being part of their success.”

Hella Pagid joins a No. 84 Honda Civic that currently sits seventh in the IMSA Michelin Pilot Challenge TCR driver standings with Henderson and Noaker, as well as the team standings. Along with the sister No. 94 Qelo Capital/Dinner With Racers Honda Civic TCR driven by Ryan Everlsey (second in the Driver Championship), Scott Smithson and team owner Todd Lamb this season, Atlanta Speedwerks has earned two wins a total of four podiums, and six front-row starting positions this season in just six of 10 races.

“It’s an honor for us at Atlanta Speedwerks to work with a company with a presence like Hella Pagid,” Lamb said. “We’ve known the company for years through my previous work as an automotive engineer and through our relationship with the Pagid Racing brand, but this is a step forward to represent both the racing and the OEM side of their business. We’re hoping Brian, Robert and the 84 team can carry the Hella Pagid brand into victory lane again before the year is out.”

Advertisement
In this article:Hella Pagid, motorsports partnerships
Print
Up Next:

Qualcomm Offers To Acquire Veoneer For $37 Per Share In Cash