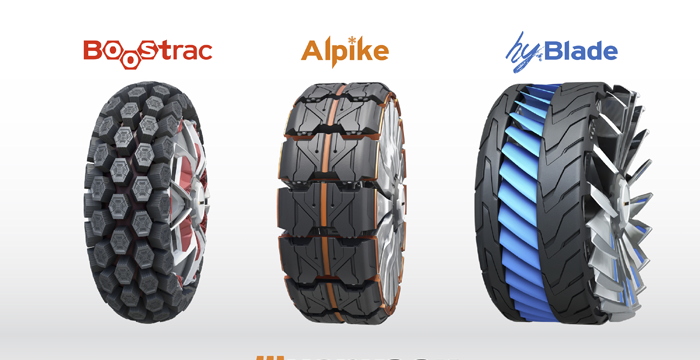 Students from the Pforzheim University’s schools of design, engineering and business teamed up with Hankook Tire to create the latest cutting-edge concept tires including Boostrac, Alpike and hyBlade. 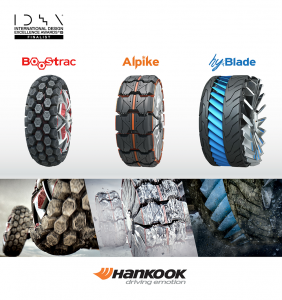 Hankook Tire has announced that its concept tires created through the collaboration with Pforzheim University were honored both at the 2015 Red Dot Design Award and 2015 International Design Excellence Award (IDEA). Students from the university’s schools of design, engineering and business teamed up with Hankook Tire to create the latest cutting-edge concept tires including Boostrac, Alpike and hyBlade.

Hankook Tire’s Boostrac concept tire was designated as the “Best of the Best” at the 2015 Red Dot Award. Hankook Tire is the first tire company in the world to win the category of mobility.

In addition, all three concept tires — Boostrac, Alpike and hyBlade — received awards at IDEA 2015. The three concept tires are produced by Hankook Tire and the Pforzheim University under the theme of “Great Challenge for a Great Change” of 2014 Hankook Tire Design Innovation project. According to the company, it was a challenge in which participants developed future-oriented concept tires that were capable of performing in extreme driving conditions, the kind of environments that can be caused by climate change due to the global warming.

Boostrac has a variable tread block structure that can expand when required, leading to improved traction. This tire is especially useful on steep inclines and in rough, desert-like conditions. Alpike is designed with unique tire circumference expansion capabilities, raising its ground clearance for areas affected by heavy snow. hyBlade is equipped with waterwheel treads and side spikes which allow for efficient water draining and enhance the tire’s steering force in heavy rain conditions.

“We are immensely proud to be recognized by the world’s top three design awards including Red Dot and IDEA for two straight years,” said Seung Hwa Suh, vice chairman and CEO of Hankook Tire. “Hankook Tire will continue to improve its top-of-the-line technology and design by investing in R&D. We believe that the advances we make will further enhance our competitiveness as a leading tire company.”

The award ceremony will take place on Sept. 25 at the Red Dot Design Museum in Singapore.