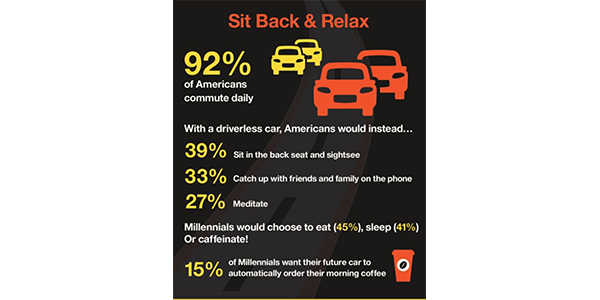 The road to the future of mobility is paved with automatic braking and self-inflating tires, according to Hankook’s Tire Gauge Index. 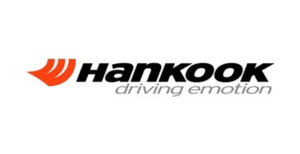 As new car technologies continue to evolve, consumers are faced with more options that make driving less of a task and more comfortable. Today, Hankook Tire announced the results of its latest quarterly Gauge Index Survey revealing Americans’ preferences for automotive innovation. While manufacturers are offering semi-autonomous features like adaptive cruise control and lane keeping assist, one-third of drivers (33 percent) listed automatic braking as the feature they would most like equipped as standard.

Since 92 percent of Americans drive as part of their daily commute, self-driving cars are perceived to be a convenience that would free up time for other activities. Where and when this innovation will become mainstream remains uncertain, but many already have ideas as to how their commutes would change with the availability of fully autonomous vehicles. When asked what they’d do if their vehicle were autonomous, Americans say they would opt to sit in the back seat and sightsee (39 percent), catch up with friends and family on the phone (33 percent), work (27 percent) and even meditate (12 percent). Among millennials, the most frequently cited use of their time in the car is to eat (45 percent) or catch up on sleep (41 percent).

Futuristic driving can take many forms. Men (30 percent) are more interested than women (18 percent) in having a car that could autonomously transport them from one appointment to the next. Millennials would like their future car to automatically order their morning coffee (15 percent), according to the survey.

An easily overlooked feature of any vehicle is the tires. But they have come a long way since first being developed from a curved piece of wood, later bound by leather, then ultimately replaced by rubber, which lead to today’s pneumatic or air inflated tire. Moving forward, the majority of Americans (73 percent) would like to see future tires self-inflate as part of a smart self-regulating Tire Pressure Monitoring System (TPMS).

Nearly half (44 percent) of respondents expressed interest in a self-repairing tire. Forty-two percent of drivers in the Midwest opted for a variable tread design (to automatically change with the seasons) as a tire concept they’d most prefer. For now, the run flat tire reigns supreme as the greatest tire innovation in recent history at 35 percent. However, those 55 and older consider the radial tire a close second (31 percent).

“It’s an exciting time for automotive innovation across all industries,” said Todd Walker, spokesperson for Hankook Tire America Corp. “At Hankook, we put science and technology at the forefront of our product R&D to keep pace with the rapid innovations we see around us every day. We are continuing to develop new concepts that meet the needs for how consumers prefer to travel.”

Hankook Tire says it is already making strides to accommodate the future of mobility with the development of its KINERGY AS ev tire. Designed for electric vehicles, the tire features a specific tread pattern and block arrangement to account for the additional weight and instant torque profile associated with electric vehicles. Looking even further ahead, Hankook recently held its 2018 Design Insight Forum at the company’s Technodome, where students from the U.K’s Royal College of Art (RCA) developed concepts for the roads of 2035.

The Hankook Tire Gauge Index is a quarterly survey of Americans’ attitudes and opinions about all things related to driving. The latest installment of the survey, conducted Nov. 14-15, polled 1,515 randomly selected Americans.

Advertisement
In this article:Hankook Tire
Print
Up Next:

Goodyear To Expand Capacity At Its Slovenian Manufacturing Facility