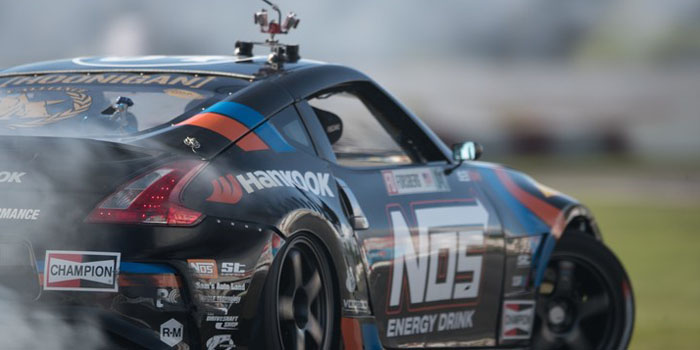 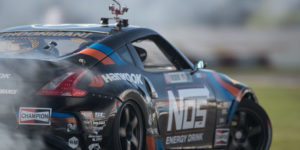 Reigning champion and Formula Drift legend Chris Forsberg will be back for his seventh consecutive year with Hankook, alongside friend and fellow Hankook teammate Ryan Tuerck. The returning duo will be joined by four new drivers, boosting the Hankook drift roster to six for the 2017 season.

Forsberg will be back behind the wheel of his signature Nissan 370Z, and Tuerck will again pilot his Toyota GT86 competition car, but both vehicles will have a slightly new look. Earlier this month, Hankook announced the release of its Ventus R-s4 tire, which will be used in all competitions for the 2017 season. The new performance tire will help drivers achieve better cornering grip and steering response thanks to an improved shoulder block design and tire compound, according to the tiremaker.

“We are excited to kick off the 2017 Formula Drift season this weekend with an expanded driver lineup, in addition to defending the Formula Drift Driver’s Championship Title with Chris Forsberg,” said Donato Bonacquisto, Hankook motorsports and events manager. “Our drivers will use the newly introduced Ventus R-s4 tire this season, and we are confident the tire will provide our drivers with the confidence to push the limits even farther, creating an exciting and competitive season on the track.”

In addition to Formula Drift competition, Hankook will sponsor Rhys Millen at the Pikes Peak International Hill Climb for the seventh consecutive year. Millen is coming off a historic year, after setting various records within the electric vehicle category at last year’s competition. Millen and Hankook will bring the heat to Colorado for the 101st annual race starting on June 25.

Advertisement
In this article:hankook, Motorsports
Print
Up Next:

NovaPacific Expands Coverage To 98 Percent Of Vehicles On The Road