Luckett, regarded as the champion of ACES and PIES, has kindly offered to give us a simplified recipe for this rather complicated alphabet soup.

Editor’s Note: Today’s guest editorial comes in response to a recent AMN commentary from aftermarket executive Lee Murray, who openly admitted something we hear a lot around the aftermarket water cooler these days – a lack of understanding of ACES and PIES. Scott Luckett, vice president of technology and standards for the Automotive Aftermarket Industry Association (AAIA), regarded as the champion of ACES and PIES, has kindly offered to give us a simplified recipe for this rather complicated alphabet soup. 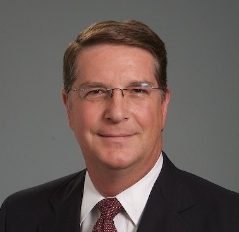 Lee Murray recently wrote a commentary and included my two favorite acronyms in a long list of significant industry developments in the span of his career – ACES and PIES – and then added parenthetically, “I still don’t fully understand them.” Well, I need job security as much as the next guy, so, here for the umpteenth time, is “Understanding ACES and PIES.”

If I had written the last paragraph in French, German, Cantonese and Japanese it would have taken me longer, most of you would have had to employ a translator, which adds cost, and part of the message surely would have been lost in translation. All that wasted effort to get the message into the form we all prefer – English. Yet, that is exactly the way many companies choose to manage their catalog and product information today.

When data receivers – that’s big retail and wholesale chains, eCatalog companies, program groups and e-commerce operations – develop their own private methods of “speaking” and require their suppliers to translate essential business information into their unique tongue, all it does is add time, cost and errors to the distribution chain. Jerry McCabe once called this the “Babel Effect,” and made “speaking one language” a top priority at Dana and, later, Affinia.

The aftermarket has complicated requirements for product information as well as application catalog content, and that’s exactly why industry volunteers developed PIES and ACES – The Product Information and Aftermarket Catalog Exchange Standards.

The standards exist to allow suppliers to send their catalog and product information to their channel partners in a single, standardized language. The standards do not change the meaning or content of the information. Their job is to make sure content gets from point A to point B electronically with great accuracy and timeliness.

Of course these methods of sending catalog and product information didn’t exist “back in the day,” so they require a change and investment in new technology for virtually every company that wants to take advantage of them. Understandably, this investment has been slow in coming and has had to compete with other business priorities.

But, for those who have committed to learning the language of ACES and PIES, the rewards have been great. Standards reduce or eliminate wasted processes and drive down costs. It stands to reason that if you create your catalog one way instead of five ways, it costs less. Content that can be put to use quickly and accurately adds to the top line by reducing new product introduction cycles. And, accurate and complete information is essential to reducing returns and other supply chain costs.  For those who joined the discussion late – ACES and PIES help sell more stuff, reduce costs and lower returns.

Today, the big data receivers are either on board with the standards or in the midst of projects to convert their processes to support ACES and PIES. The challenge is with suppliers that seem content to continue with the delays, high costs and inefficiencies of managing and sending catalog and product content the same way they have for decades.

There are no excuses left for executives who have not dedicated funding to speaking the language of the aftermarket. ACES and PIES help sell more stuff and make more money. The standards are ready … the data receivers are ready … and that’s all you have to understand.

AAIA Technology Standards Get Updated for 2010