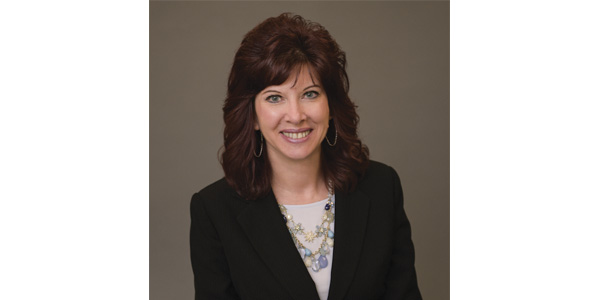 Babcox Editor Mary DellaValle looks at just a few of the reasons all signs are pointing up for the aftermarket in 2018.

It’s out with the old and in with the new, as we recently welcomed 2018. While we each have goals and strategies to suit our unique businesses and situations, there are barometers working behind the scenes that provide positive implications for us this year. With that said, I’m sharing some notable industry insights that spell good news for our industry, along with some takeaways.
• The number of 16-year-old or older vehicles on the road will increase by 30 percent to 81 million by 2021 (source: 2018 State of Auto Care Report, Auto Care Association). An increased number of older vehicles on the road equals more service opportunities.
• With drivers spending an average of 500 hours a year in their cars and the continuing progress of self-driving vehicles, car interiors will become an extension of the home and office (source: Faurecia). More consumer reliance on vehicles means more maintenance.
• More than 33 million autonomous vehicles will be sold globally in 2040, a substantial increase from the 51,000 units forecast for the first year of significant volume in 2021. The rapid convergence of autonomous driving and mobility services such as ride-hailing is a central driver of early deployment and growth. The U.S. will lead the world in initial deployment and early adoption of production autonomous vehicles as early as 2019, while Europe and China are expected to begin adding considerable volume from 2021 onward (source: IHS Markit). New technology presents new service opportunities.
• While new vehicle sales slipped to 17.9 million units versus 18.2 million units a year ago, the auto market remains healthy (source: American International Automobile Dealers Association). Consumer interest in new vehicles remains high.
• International auto sales in the U.S. Remain very strong — totaling 882,393 units in December 2017, which is up from 782,288 units in November and 748,614 units in October. International brands were led in December by Audi (up 16.3 percent from December 2016), Hyundai (up 1.8 percent), and Mercedes-Benz (up 9.4 percent). Subaru’s sales rose 0.3 percent in December to 63,342 vehicles, making 2017 its best year ever with a total of 647,956 vehicles sold. American Honda, including the Acura division, set an annual sales record in 2017 of 1,641,429 vehicles sold, up 0.2 percent from 2016 (source: AIADA). New import vehicle sales support the import aftermarket service and repair pipeline.
This commentary, written by Babcox Editor Mary DellaValle, was originally published on Feb. 2 on shopownermag.com.
Click Here to Read More
Advertisement
Advertisement
In this article:Guest Commentary, Mary DellaValle
Print
Up Next: