Industry veteran Lee Murray ponders what to expect — and what to demand — of the future aftermarket.

Since retiring from full-time employment in 2007 after 33 years with Dana Corp., Lee Murray has been working as an adjunct professor at Northwood University, and also as a consultant with TLG Research Inc., an automotive market research firm. All but five of Murray’s 33 years with Dana were associated with the aftermarket. His last position was as general manager of the Clevite Engine Parts’ Division. He also served as General Manager for the Automotive Distribution Sales Division in the mid 90s. His career track prior to those two assignments included product management, training, marketing and sales positions ranging from district sales manager to general sales manager. His five years outside the aftermarket were as director of OE sales, North America, for Dana’s Chassis System Products. In addition, Murray has been involved with numerous aftermarket associations, including the Automotive Sales Council, National Engine Parts Manufacturer Association, Car Care Board of Governors, CARQUEST Manufacturer Advisory Council, Alliance Manufacturer Advisory Council and Automotive Warehouse Distributor Association (AWDA) Marketing & Government Affairs Committees.

Here, Murray reflects on his 35-plus years in the automotive aftermarket and considers what has changed over the years, and what changes lie ahead. 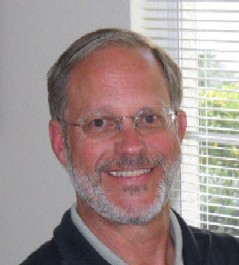 As we get another new year off to a start, with it comes the requisite analysis of the past year and predictions for the year ahead.

It brings to mind a favorite phrase: “I’ve seen the future and it’s not what I thought it was!” I’m not sure where or when I first heard it, but regardless, as people look into their crystal balls and try to predict the future of our aftermarket industry I often think of that phrase.

Looking back over my 35-plus years in the aftermarket, I remember the rampaging inflation of the 70s, the dire warnings of parts proliferation, early attempts to eliminate published price lists, the threat of import vehicles, growth of second line brands/products, revolutionary pricing schemes such as master installer rebate programs, the rise of program groups, two-step vs. three-step distribution, the trend to source offshore product, the stunning growth and impact of “retailers” such as AutoZone, manufacturer unbundling of services, consolidation at all levels, PIES and ACES (which I still don’t fully understand), impact of the Internet, Right-To-Repair legislation and the list goes on and on! Some were predicted while others were unforeseen surprises.

It seems that most of the 2010 predictions revolve around the impact of the goofy “Cash for Clunkers” program, bankrupt OEMs and their shrinking dealer base, growing market share of foreign nameplates, electric and hybrid vehicles, deflation, high unemployment, finding young people to enter our industry, health care, parts proliferation and the list goes on and on! And, do you notice that a couple of these were also mentioned in the previous paragraph?

The aftermarket has, and forever will, face challenges. One of the things I’ve always found amazing about our industry is that in spite of its size it really has been a very close-knit group of people. From my perspective, as a manufacturer for most of my career, I believe that the industry has successfully addressed many difficult challenges over the years because it came down to people dealing with people and working through whatever maze of issues there were. Flexibility and adaptability were keys to overcoming obstacles, both those that were predicted and those that were unexpected surprises. Manufacturers and distributors usually seemed to find ways to solve, or at least minimize, problems and issues through a “give and take” process that ultimately proved successful.

What worries me now is that I sense somewhat of a different atmosphere in our industry. I see more silos being built that probably are resulting in a decline of the give and take required to better solve the challenges being faced. I think one of key reasons behind my opinion is due to the impact of consolidation, particularly at the manufacturer and distributor levels, which is creating fewer, but much larger organizations. The resulting structure can stifle entrepreneurial thinking and implement rigid procedures to deal with issues, which can result in a “my way or the highway” mentality. When these “mergers” contain a clash of cultures it only adds to the problem. I experienced this somewhat firsthand when Dana acquired Echlin and the later demise of Dana as a major aftermarket player (but this is entirely another story on its own!). Ask most distributors and I think they will tell you the best manufacturer leaders are the ones who know the business from top to bottom and are actively involved. They “put their feet on the street” and make customer calls and by that I mean to include jobbers and service repair centers. I don’t sense that is so much the case today and I think the quality of two-way communication that previously existed between manufacturers and distributors has eroded.

I’m appreciative of industry associations such as AAIA and AASA, for their efforts to facilitate actions to address many of the key issues being faced by our industry. The "Right to Repair" legislation and the "Know Your Parts" campaign are both great examples of industry association leadership. However, it will take a grassroots involvement to ultimately make a difference.

Well, enough of what I consider the problems … what about the solutions? If you’re part of an organization where silos are sprouting up and/or growing, remember that the macro issues being faced today, and in the future, require involvement, action plans, communication, follow-up, involvement and more involvement. Within your organizations, encourage a culture of fostering dialogue with peers, customers and association people throughout the various levels and channels.

As someone once said, “There is no ‘I’ in ‘team’ but there is in ‘win.’" I’m still hopeful that any and all issues will be addressed head-on with maximum effort. The good leaders know that “people do business with people,” and that’s not truer anywhere than in the aftermarket. Remember, “We’ve seen the future and it’s not what we thought it was.”

It’s a wonderful industry, so let’s make sure we all do our best to assure we keep it as such.

AAIA Technology Standards Get Updated for 2010

Opinion: The Influence of the Role Model Leader

Guest Commentary: I've Seen The Future and It's Not What I Thought it Was

Is Anger Why We’re ‘Covid Driving?’
Connect with us