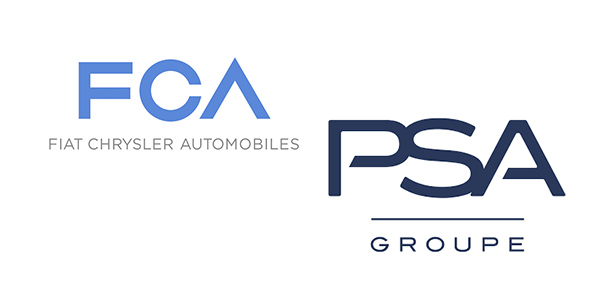 In a joint statement issued today, the two automakers say they will “join forces to build a world leader for a new era in sustainable mobility.”

Following a week of media speculation, Groupe PSA and FCA have officially announced they will join forces.

In a joint statement issued today, the two automakers say they will “join forces to build a world leader for a new era in sustainable mobility.”

“Discussions have opened a path to the creation of a new group with global scale and resources owned 50% by Groupe PSA shareholders and 50% by FCA shareholders. In a rapidly changing environment, with new challenges in connected, electrified, shared and autonomous mobility, the combined entity would leverage its strong global R&D footprint and ecosystem to foster innovation and meet these challenges with speed and capital efficiency,” the statement read.

According to the two automakers, the combination would create the fourth largest global OEM in terms of annual unit sales (8.7m vehicles). At its inception, the combined company would realize among the highest margins in the markets where it would operate, based on FCA’s strength in North America and Latin America and Groupe PSA’s in Europe.

Advertisement
In this article:fca, Groupe PSA
Print
Up Next: