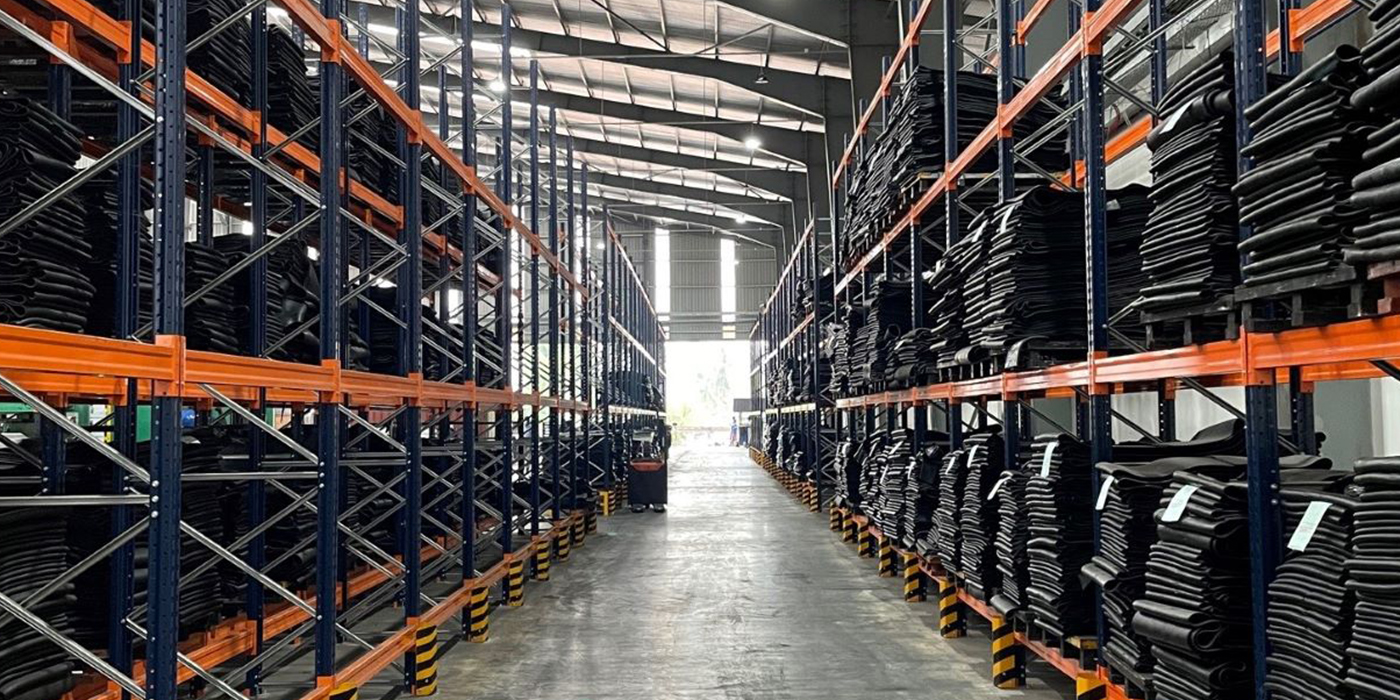 The mixing plant entails an investment of $25 million by GRI.

With increasing global demand for specialty tires, GRI continues its expansion drive by increasing its manufacturing capacity. The work on GRI’s latest mixing plant in Mirigama, which upon completion will have a capacity of 200 tons per day, is progressing well as explained by Ananda Caldera, executive director, GRI.

The mixing plant entails an investment of $25 million by GRI. Featuring a special design, the plant is being built using steel and reaches a height of 100 feet. The plant will have six mixing lines, and so far, two lines are completed and operational.

“We have introduced a state-of-the-art production system to this plant with high-tech machinery from Germany that will be used for mixing and milling. Furthermore, we are also using a fully automated powder feeding system for Carbon Black, so that no dust particles are released into the atmosphere. It is a programmed and automated system that is fully sealed and is the first of its kind in Sri Lanka,” explained Caldera.

The installation of the other mixing lines are in progress with completion planned for mid-2022. “As we increase our tire manufacturing capacity, we will also be gearing up the mixing capacity for both solid and pneumatic tires,” he further elaborated.

GRI always focuses on sustainability and reducing its impact on the planet. Thus, at this new mixing plant, the focus is to prevent the release of any dust particles from the production process into the atmosphere. “We have installed the automatic weighing and feeding system so that we do not manually handle any powder material. We have provided sufficient dust retractors so that dust will not be released into the environment,” added Caldera.

Plans are ongoing to install solar panels on the factory roof so that the facility will be powered by clean energy. Furthermore, all the machinery use motors and drives that have variable speeds so that energy is used carefully and efficiently. “With the COVID-19 pandemic delays were experienced in the construction process, however, work is progressing well despite the challenges,” concluded Caldera.

Advertisement
In this article:Expansions, GRI
Print
Up Next: