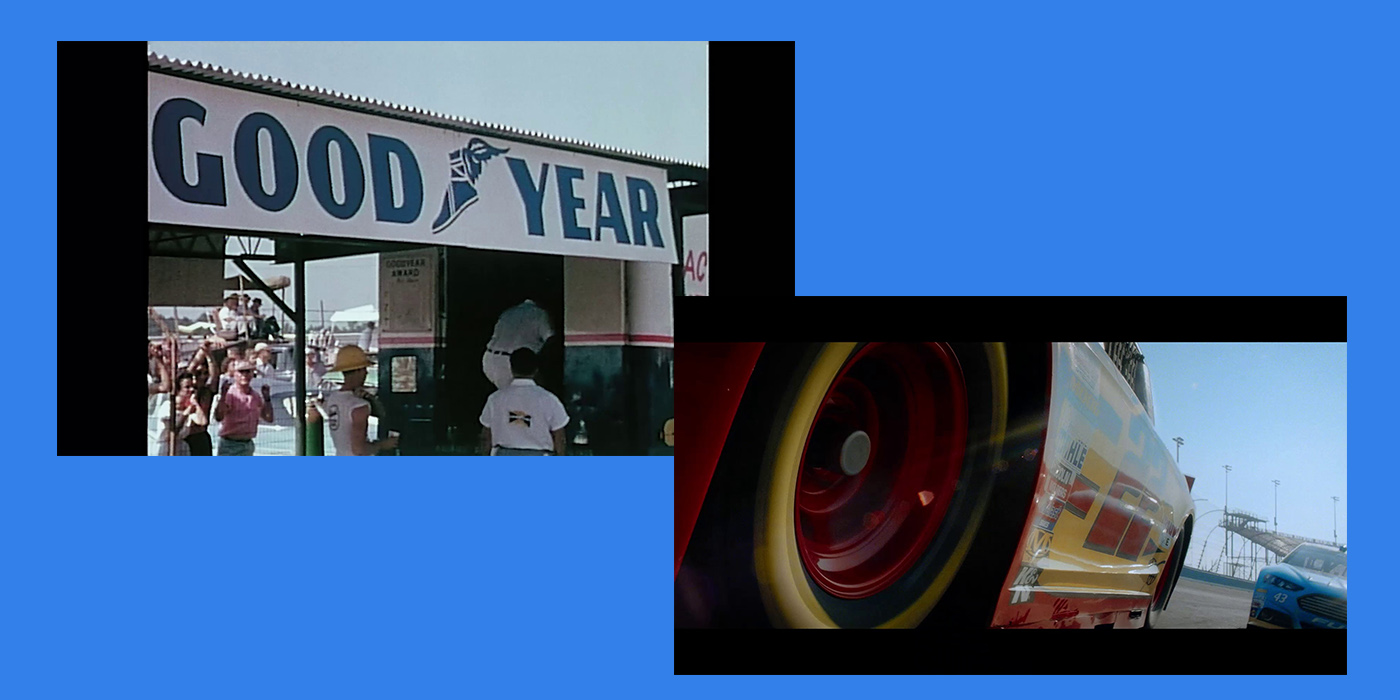 To celebrate the highly anticipated return of the NASCAR Cup Series on Sunday, May 17, the “Official Tire of NASCAR,” today announced the “Return to Racing Sweepstakes,” giving fans the chance to win one of four Goodyear Eagle racing tires from the winner of the Darlington 400, aptly re-named “The Real Heroes 400” race.¹

On Sunday, May 17, Goodyear and NASCAR icon Dale Earnhardt Jr. will welcome viewers back to the race track with a new TV commercial titled, “Long Way,” set to air during The Real Heroes 400 on FOX.

Titled “Long Way,” Goodyear’s new commercial celebrates a return to racing with a voiceover by Dale Earnhardt Jr. and historical footage that harkens back to the Official Tire of NASCAR’s entry to the sport.

From now through May 31, fans who use one of the entry methods in the Official Rules, which include using the hashtag #ReturnToRacingSweepstakes to share what they’re most excited about for NASCAR’s historic return to racing on Twitter will be automatically entered to win one of the four tires. The tires that raced on the winner’s car will be validated by Goodyear’s RFID chip technology, which tracks the entire life cycle of the tire, from the Goodyear associate who built it by hand in Akron, Ohio, to the driver who eventually raced on it.

“NASCAR’s return to racing is a bright spot in these unprecedented times, and, for so many, this year’s The Real Heroes 400 carries a special meaning and a sense of normalcy,” said Karen Maroli, Goodyear’s vice president of marketing. “Goodyear wanted to mark this momentous race by giving fans a chance to own a piece of history that gets them closer to the sport that they currently can only experience at home.”

The “Long Way” – which gives fans a nostalgic look into the evolution of racing – marks the second time that Dale Earnhardt Jr. has starred in a commercial for Goodyear.

“We’ve had a strong partnership with Goodyear over the years, telling my family’s story in racing,” said Earnhardt Jr. “I was happy to be involved and to help welcome NASCAR back to the track with this spot.

Earnhardt Jr. has accomplished his significant racing achievements on Goodyear tires, including his first NASCAR Sprint Cup victory in 2000 and Daytona 500 victories in 2004 and 2014. Fans can tune in to The Real Heroes 400 on FOX starting at 3:30 p.m. ET on May 17.

¹ NO PURCHASE NECESSARY TO ENTER OR WIN

The Return to Racing Sweepstakes is open to U.S. citizens and U.S. resident aliens who are physically located in and legal residents of one of the 50 United States or the District of Columbia who are at least 18 years of age (19 in Alabama and Nebraska, 21 in Mississippi) at time of entry. Sweepstakes commences at 6:30 PM ET on May 13, 2020 and ends at 11:59 PM ET on May 31, 2020. Subject to Official Rules at https://woobox.com/27yqrb. For method of entry and prize descriptions see Official Rules.  Msg & Data rates may apply. Odds of winning depend on number of eligible entries received. Total ARV of Prizes is $2,004. Sponsor: The Goodyear Tire & Rubber Company, 200 Innovation Way, Akron, Ohio44316. VOID OUTSIDE OF THE 50 UNITED STATES AND THE DISTRICT OF COLUMBIA AND WHERE PROHIBITED BY LAW

Advertisement
In this article:NASCAR
Print
Up Next: