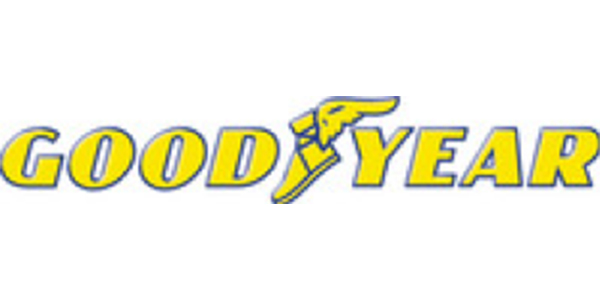 The Goodyear Tire & Rubber Co. reported a decline in its second-quarter and first-half sales.

Goodyear’s second-quarter sales were $3.6 billion, down 5% from a year ago, driven by unfavorable currency translation, lower volume and reduced sales from other tire-related businesses.

Goodyear’s sales for the first six months of 2019 were $7.2 billion, a 6% decline from the 2018 period, due to unfavorable foreign currency translation, lower volume and reduced sales from other tire-related businesses.

Factors affecting its second-quarter and first-half sales were “partially offset by improvements in price/mix,” according to the company.

“Our U.S. consumer replacement and commercial businesses continued to perform well in a challenging environment, aided by recent product launches,” said Richard Kramer, chairman, chief executive officer and president. “We have continued our focus on strengthening our business by investing in premium supply and enhancing our OE pipeline and cost competitiveness. I am encouraged that several of the external factors that have impacted our business in recent quarters are beginning to moderate, positioning us to deliver stronger results going forward.”

For the second quarter, tire-unit volumes totaled 37.4 million, a 4% decrease from 2018. Replacement tire shipments declined less than 1%. Original-equipment unit volume was down 11%, reflecting lower global vehicle production and strategic fitment choices, according to the company.

The company reported second-quarter segment operating income of $219 million in 2019, down from $324 million a year ago. The decrease reflects higher raw-material costs, lower volume, weaker results from other tire-related businesses and adverse currency, partially offset by favorable price/mix, improved overhead absorption from higher Americas production in prior quarters and net cost savings.

The first half of 2019 included several significant items, most notably $107 million in rationalization charges, primarily related to the previously announced plan to modernize two of its tire manufacturing facilities in Germany. First-half 2019 adjusted net income was $103 million (44 cents per share) compared to $272 million ($1.12 per share) in the prior year’s period. Per-share amounts are diluted.

The company reported first-half segment operating income of $409 million in 2019, down from $605 million a year ago. The decrease was primarily due to higher raw-material costs.

Advertisement
In this article:Tires
Print
Up Next: