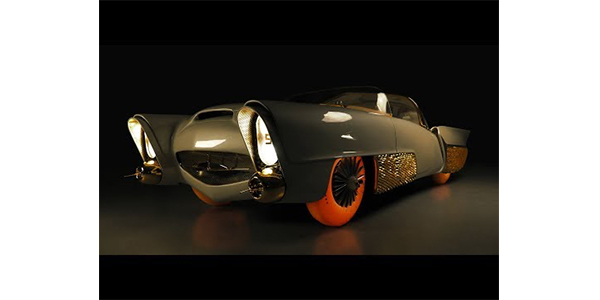 In collaboration with Klairmont Kollections, Goodyear unveiled the restored Golden Sahara II at the 2019 Geneva International Motor Show. An iconic custom car of the 1950s and 60s, the Golden Sahara II was one of the first concepts of autonomous vehicles and was fitted with glowing, see-through tires that were custom-developed by Goodyear.

“The 1950s and 60s were a period of intense innovation for Goodyear. We partnered with mobility pioneers in everything from lunar exploration to land speed records,” said Henry Dumortier, vice president consumer for Goodyear Europe. “Goodyear’s collaboration on the Golden Sahara II project was our first step in shaping the future of autonomous mobility.”

Developed by Jim Street and legendary custom car designer George Barris, the Golden Sahara II was a platform for testing new electronics systems. It featured a control system with an aircraft-inspired control lever for acceleration, braking and steering and an automatic braking system that used sensors to detect potential objects in the car’s path. 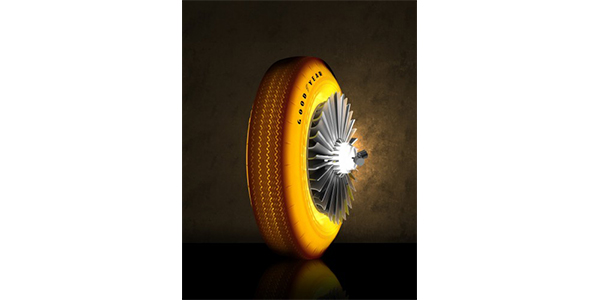 The car’s tires were developed by Goodyear using Neothane, a translucent form of synthetic rubber, and contained internal lighting, which allowed them to glow. This was part of broader research by Goodyear into the feasibility of tires that could help improve visibility in bad weather conditions or be wired to light up when a driver hit the brakes.

“The Golden Sahara II is a unique vehicle and a part of American motoring history,” said Larry Klairmont, founder and owner of Klairmont Kollections, a museum of 300 classic and custom vehicles in Chicago. “My team and I are proud to have partnered with Goodyear in bringing this iconic vehicle back to life at the 2019 Geneva International Motor Show.”

In its heyday, the Golden Sahara II toured the United States, featured on television and in films. It then sat in a garage for the best part of 50 years until Klairmont Kollections purchased the vehicle from Mecum Auctions in May 2018. The Golden Sahara II was restored with the help of Speakeasy Customs and Classics in Chicago and was presented at Geneva on four, newly built Goodyear translucent tires.

“We are truly honored to have once again been a partner in the Golden Sahara II project,” Dumortier added. “Discovery and innovation continue to be the core of what Goodyear does. Working on projects like the Golden Sahara II and the concept tires that we present at Geneva is an opportunity to stretch our imagination and envision the possible products and services of the future.”

Advertisement
In this article:Classic Cars, goodyear
Print
Up Next: