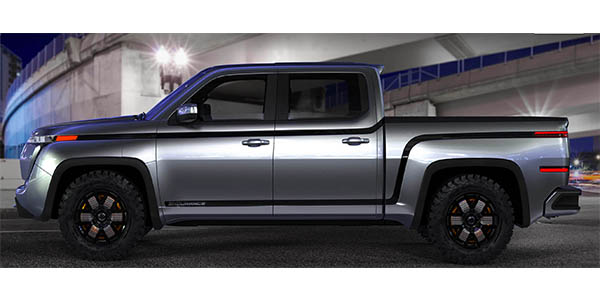 The Goodyear Tire & Rubber Company and Lordstown Motors announced recently a strategic relationship with the two Ohio-based companies agreeing to collaborate on tires and service in addition to future tire intelligence opportunities.

The announcement coincides with Lordstown’s debut of its first all-electric pickup truck, the Endurance, featuring Goodyear tires on Thursday.

As part of the agreement, Goodyear also intends to acquire new Endurance vehicles to integrate into its own servicing fleet recognizing the sustainable footprint of the all-electric vehicles.

“We want to be the tiremaker of choice for electric vehicle manufacturers and working with Lordstown represents an ideal relationship with shared Ohio roots and shared values of innovation, performance and sustainability,” said Erin Spring, Goodyear’s director, new ventures.

Operating out of the former General Motors plant near Youngstown, Ohio, Lordstown has retooled the facility to begin producing its first vehicles at the end of this year. Lordstown Motors says it has received advance orders for fleet purchases of the Endurance and plans to build 20,000 of the pickups during its first year of production.

“Debuting the Endurance is the biggest milestone Lordstown Motors has hit to date and having a legendary company like Goodyear a part of the moment is extra special,” said LMC CEO Steve Burns. “Goodyear is a household name, and their partnership is an important step for Lordstown Motors. The fact that they’re in our backyard is just icing on the cake.”