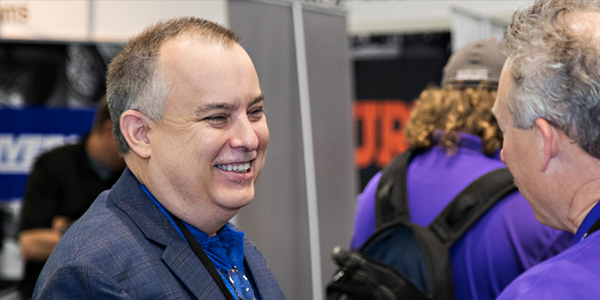 Speaking to thousands of the Network’s warehouse distributors and their customers as well as the group’s manufacturer partners, Prater pointed to the Network’s involvement with the Auto Care Political Action Committee, as a vital component of the group’s new emphasis on communication, and yes, networking. 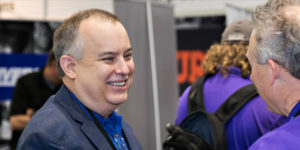 The Automotive Distribution Network must continually step out of its comfort zone and open its doors of communication globally if the program group is to evolve and meet the needs of its members and their customers in an ever-changing industry. These are the words David Prater, Network president, shared in his opening address last night at the group’s 15th national convention at the Walt Disney Swan & Dolphin Resort in Orlando.

Speaking to thousands of the Network’s warehouse distributors and their customers as well as the group’s manufacturer partners, Prater pointed to the Network’s involvement with the Auto Care Political Action Committee (ACPAC), as a vital component of the group’s new emphasis on communication and networking.

“Working alongside ACPAC, the Network helps promote our side of important legislative issues facing our industry,” said Prater. “Every day, elected leaders make decisions that will have a profound, lasting impact on every company in the auto care industry and the jobs we perform. From access to telematics data to environmental and labor regulations, policies debated in Washington, D.C., have a direct impact on the way we do business.”

Prater encouraged Network affiliates at every level of distribution to speak with ACPAC representatives on-hand at the convention’s massive 60,000-square-foot Manufacturers’ Exposition, which features more than 200 Network vendors and partners showcasing their latest products and services.

“Through face-to-face communication, you can ensure your voice is heard,” said Prater. “Your opinion matters.”

When the Network became a member of Nexus Automotive International, an automotive buying group represented in 54 countries worldwide, the group gained an advantage by sharing information and trend analysis on a global scale. In his interactions with Nexus members from Israel to Iran, Prater told the near-capacity crowd gathered in Orlando that he learned a valuable truth: “Regardless of country, parts people are parts people.”

The opening night general session closed with an appearance by Parts Plus Top Fuel driver Clay Millican, who is racing this weekend at the Amalie Motor Oil NHRA Gatornationals in nearby Gainesville, Florida. Millican thanked the Network’s manufacturer partners, members and customers who have supported the team for seven years and promised to follow up his dramatic Wally win last year on Father’s Day with more victories this season.

“We’ve already broken our own national elapsed time with a 3.628 at 322.04 mph at the season-opener in Pomona, but there is definitely more there,” said Millican. “We’re just getting warmed up.”

The 15th Network National Convention continues tomorrow with dozens of seminars, special guest appearances at the Manufacturers’ Expo, and concludes with a farewell St. Patrick’s-themed bash that evening.

Advertisement
In this article:Automotive Distribution Network, conventions
Print
Up Next:

Distribution: Meineke Dealers Select Advance as 2021 Vendor of the Year

Auto-Wares Announces 2021 Suppliers of the Year
Connect with us