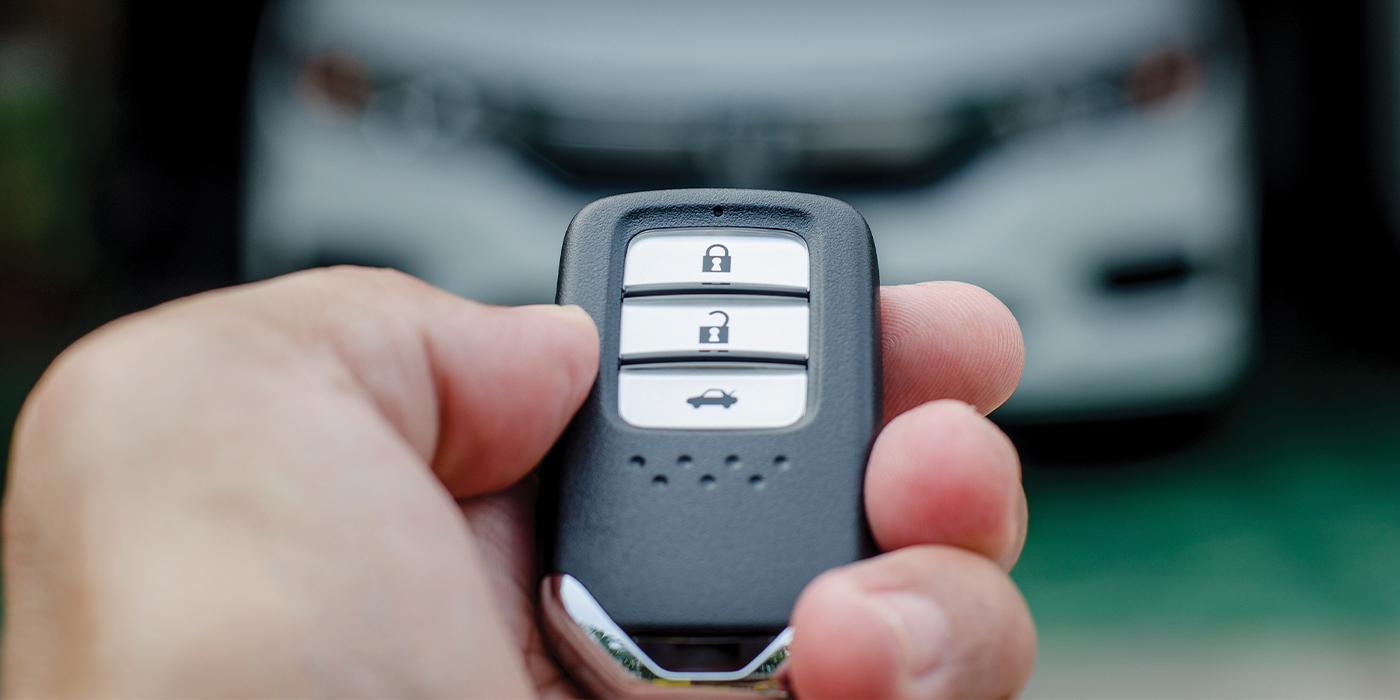 These aren’t your grandfather’s vehicles – and neither are the keys.

Remember the good old days when you started a vehicle by inserting a metal key into the ignition lock cylinder? Those cars, trucks and SUVs are still out there (adorable, isn’t it?), but imagine a future without the collective jingle-jangle of millions of mechanical car keys in our pockets – because it seems we’re moving in that direction at a rapid clip.

The pace of change really picked up in the 1990s. That’s when remote keyless-entry fobs – you know them as “key fobs” – went mainstream. These handy devices enabled motorists to lock and unlock their car doors and trunks remotely, with the same familiar thumb motion that they’d been using to change channels on their television sets for years.

With the rise of proximity-key systems, we’ve moved into the next phase of the evolution: keyless ignition. In this phase, the key fob is – for all intents and purposes – rendering the mechanical key obsolete. As long as the device is somewhere inside the vehicle, the driver can start the engine by pushing a button or turning a rotary switch. According to the National Highway Traffic Safety Administration, keyless ignition emerged in the early 2000s on some luxury models. Today, however, we’re seeing them on more and more mainstream vehicles – and it doesn’t seem like we’re going back.

Because technology doesn’t seem to know when to stop, even the key fob (or “smart key,” as they’re calling it now) might become a relic of the past. In 2020, Apple introduced the digital car key. If you have an iPhone XS or later, an Apple Watch Series 5 or later and a compatible car (a BMW built in summer 2020 or later), you can use your iPhone or Apple Watch to unlock and start your car – sans key fob.

The digital key uses near-field communication in its first iteration. However, as part of its upcoming iOS 15 software update, Apple in June said its “digital car keys get even better with support for ultra-wideband technology, so users can securely unlock and start their supported vehicle without removing their iPhone from a pocket or bag.”

If you’re not an Apple user, take heart: Hyundai’s version of the digital key, which debuted with the 2020 Sonata, is compatible with most Android phones.

So what does all this mean for the automotive aftermarket?

From a 20,000-foot view, you can expect smart keys to continue to get … well, smarter. “They’re only going to get more advanced,” says James Sanabria, key programming team lead at Autel.

For owners of vehicles that come with key fobs instead of mechanical keys – a growing cohort – it means that adding a key for another driver (a spouse, for example) or replacing a lost, damaged or stolen key is a lot more complicated (and expensive) than it used to be. A new key fob needs to be programmed to the vehicle – although the more accurate way to describe it is the vehicle needs to be programmed to the new key fob.

The good news for consumers is that all this technology makes vehicles tougher to steal, at least in theory. Toyota describes the engine immobilizer as “a state-of-the-art anti-theft system.” When the driver brings the key fob into the vehicle, the key transmits an electronic code to the vehicle. The engine will start only if the code from the transponder chip inside the smart key matches the code in the vehicle’s immobilizer. Having that transponder chip embedded in the smart key is good for security, but it’s also the reason why replacing a key fob isn’t simple (or cheap).

The good news for your parts store is that if you carry the Autel MaxiIM IM608 PRO and/or IM508, you have tools that can help shops – and even your DIY customers, in some situations – program replacement keys, restore immobilizer data and perform related tasks, in addition to the all-systems diagnostics you’d expect from a scan tool. In most cases, these tools will guide the user through the steps needed to complete a key-programming job, Sanabria says.

Just make sure your customers are aware that when it comes to key programming, there are different levels of security access depending on the year, make and model of the vehicle. With some vehicle makes – Nissan, for example – a technician or even a DIYer can plug the tool into the OBD II port “and the tool pretty much self-guides the customer through the process, making it easy to make that key,” Sanabria explains.

European makes, on the other hand, are “notorious” for their strict security-access protocols, which could require the user to produce a secured PIN code that can only be generated by a licensed locksmith. Sanabria sees that as an opportunity, not a challenge, for repair shops, and he encourages technicians to consider obtaining their locksmith license.