Gentex Revises Guidance for the Fourth Quarter; Also Announces a Reduction in Its Workforce - aftermarketNews

ZEELAND, Mich. — Gentex Corp. has revised its financial guidance for the fourth quarter of 2008. The company also announced that it is "right-sizing" its workforce on a companywide basis in an effort to match its customers’ requirements for auto-dimming mirrors and fire protection products. 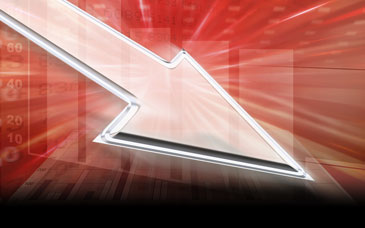 "In response to the steep declines in vehicle sales and high inventory levels during October and November, many automakers had extended shutdowns over the Thanksgiving holiday and are also planning for extended shutdowns over the Christmas holiday," said Jen. "Some automakers are even planning to shut down for the entire month of December, with others adding additional weeks into January of 2009.

"In addition, it’s obvious, given the vehicle production information above, that the production environment in Europe, Japan and Korea also are worsening. Given those changes since we provided our revenue guidance on October 21, we now currently expect that our revenues will decline by more than 25 percent in the fourth quarter of 2008 compared with the fourth quarter last year," said Jen.

"Unfortunately, these actions are not enough, as automotive production schedules have continued to decline and are now forecasted to continue on this downward slope through most of calendar year 2009," stated Jen. "To adjust for this protracted period of production declines, effective immediately the company has permanently laid off approximately 350-400 hourly and salaried workers, which will help to reduce the company’s overhead and operating expenses to a level that is more in line with current and planned sales and production levels in the automotive and fire protection industries.

"We are saddened that we’ve had to resort to layoffs, but the three major automotive markets in the world are all now in a recession. We have responded during the year, trying to react rapidly to match our customers’ production plans, but it has reached the point where we have no choice and have to do more. The majority of the hourly and salaried layoffs will impact the company’s overhead expenses. However, some of the changes also include taking steps to streamline and integrate our engineering, research and development functions in an effort to gain higher productivity, which should help to slow down the future rate of increase in our operating expenses."

"We believe that this layoff will align our resources with the production requirements of our customers in the coming year, without risking the company’s future product development efforts that are important to the long-term success of the company.

"As managers of our shareholders’ investment in the company, we believe that this is the right decision for Gentex in the near and long term. The company remains in a very strong financial position, as we continue to have no debt and sufficient cash to weather this storm," Jen concluded.

Gentex will announce its final fourth quarter financial results on Jan. 29, 2009, and currently intends to provide top-line revenue guidance for the first quarter of 2009 and calendar year 2009 at that time.