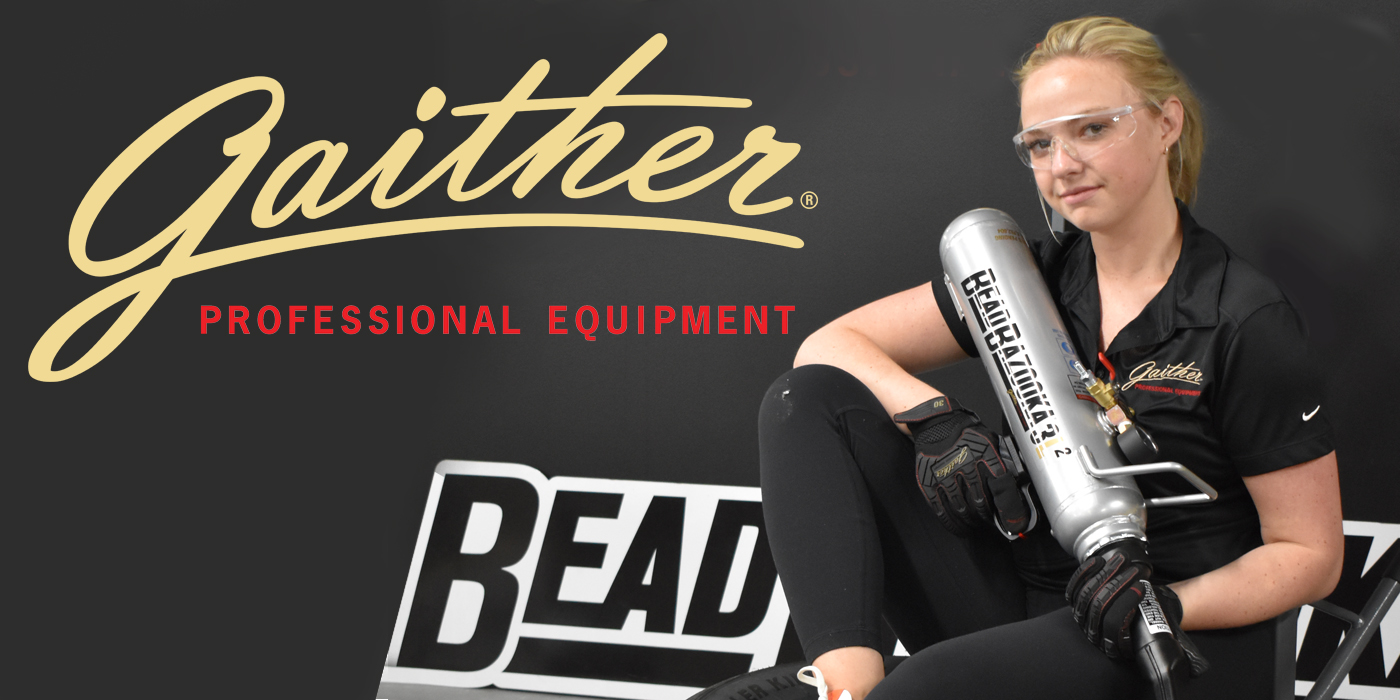 Gaither announced the launch of its second-generation Bead Bazookas bead seater which it says promises an even greater level of power and precision than ever before. The Gen2 Bead Bazookas present a newly issued US Patent (11,273,677 B2) which protects the latest unique upgrades that solidifies Bead Bazooka as one of the most effective bead seaters on the market, the company adss.

Capable of working with an extensive range of tire sizes and types ranging from motorcycles all the way through to light agricultural vehicles, the all-new, smaller and lighter Bead Bazooka offers twice the power and is equipped with significantly upgraded trigger-operated rapid air release (RAR) valve technology compared to the original models, Gaither says. These tools now incorporate even more power to guarantee the tire technician will be able to easily seat even the most stubborn and difficult tire beads.

Gaither says other features and benefits of the Gen2 Bead Bazooka include ASME, CE and TUV approved smaller steel tanks, making them much stronger, lighter, and easier to operate. Also, the three-way control cluster for the intake valve, pressure gauge, and safety pop-off valve has been re-positioned to the top of the tank for easier refilling and to make room for the more powerful two-inch valve and barrel.

The two-inch Rapid Air Release (RAR) valve is not only completely serviceable, but it can also be easily removed for cleaning, regular tank inspections, and replacement, the company says.

Gaither’s other recently patented addition is a recoil-reducing barrel (10,800,215 B2) which narrows in shape toward the tip effectively accelerating existing air when flowing through the exhaust slot thus increasing bead seating power and reducing recoil.

Gaither says the Bead Bazooka’s barrel does not need to come into contact with the tire or wheel assembly and by keeping it three to five inches away from the bead gap further increases the lift (by allowing the blast of air to flow more freely into the gap). Finally, the Gen2 Bead Bazooka range is equipped with an anti-corrosion interior tank coating boosting the tank’s lifespan.

Also, the varying sizes of Gaither’s second-generation Bead Bazooka’s are smaller than the originals (from 6, 9, & 12 litres to 3, 6, & 10 litres) because the larger opening on the barrel and valve from 1.5 inches to 2 inches further increases the overall power even though the tanks are now smaller, the company adds.

Advertisement
In this article:Bead Bazooka, Gaither Tool, Upgrade
Print
Up Next: