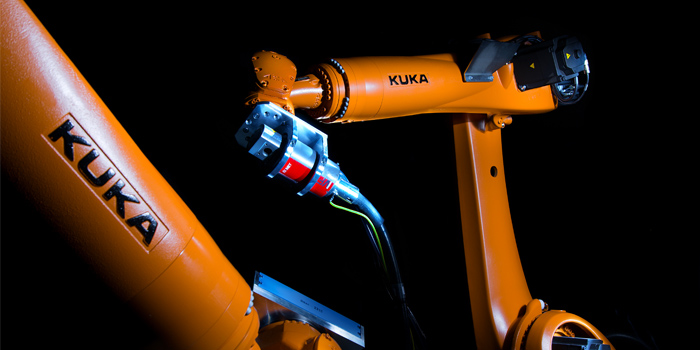 The system comprehensively analyzes vehicle quality in the early development phase of automotive production ­– without disassembling the vehicle ­– and thus shortens development cycles. 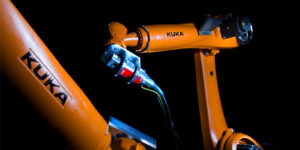 The Fraunhofer Development Center X-ray Technology EZRT has developed “RoboCT,” a robot-assisted computed tomography (CT) system that comprehensively analyzes vehicle quality in the early development phase of automotive production ­– without disassembling the vehicle ­– and thus shortens development cycles. As part of a collaboration with automaker BMW, this system has now been installed in the production environment.

Compared with conventional CT systems, the advantage of using RoboCT in the production environment is the ability to reach test positions on objects with complex shapes, such as a car body, or in a particularly large workspace. Researchers at Fraunhofer EZRT, a division of the Fraunhofer Institute for Integrated Circuits IIS, developed the RoboCT technology. Originally aimed especially at aerospace testing in instances such as inspecting entire wings for defects, some 13 years of research went into this technology, financed both by publicly funded and independent research projects.

In close cooperation with engineers from the BMW Group at the Research & Innovation Centre (FIZ) in Munich, the CT system was installed directly at the interface between development and production, and was put into operation in July 2018.

In its setup, four cooperating robots that manipulate imaging components such as the X-ray source and detector, travel around the car, enabling RoboCT to reach all positions on the vehicle. In this way, the system can produce three-dimensional CT images showing details as small as a human hair. With this technology, objects can be analyzed in detail with extreme precision and without damaging them. Until now, performing this level of analysis required the relevant components to be disassembled or even cut out and analyzed in a separate CT system. The shorter development cycles mean that users can take a product from the idea stage to market launch much faster.

X-ray CT systems commonly used in industry are capable of scanning objects of about 30 centimeters in diameter to acquire 3-D information on all their structures, whether these are superficial or hidden in the object’s interior. These CT images can be virtually sliced into any desired sectional views on a computer and analyzed. Ultraprecise hardware components are needed in order to achieve resolutions of sometimes less than one micrometer. Large industrial robots ­– with ranges of three meters or more –­ let users reach regions of interest (ROI) on much larger objects and objects with complex shapes. The particular challenge involved here is the use of algorithms to correct the robots’ geometric inaccuracies directly from the recorded measurement data.

The Next Step: Cognitive Sensor Systems

The robot-based CT, in its current form as realized by these latest developments, is just the beginning of a larger idea: the long-term goal is not to simply measure material data at random or in bulk, but rather to acquire only the relevant data, says the company. As for which data is relevant, the cognitive sensor system itself will determine that. Customers will receive something akin to a highly flexible black box. They won’t need to deal with it in any way and they don’t need to have any sort of expertise whatsoever in non-destructive testing. The box will include, for instance, robots that have access to various self-adapting sensor systems and that then, in the broadest sense, decide for themselves which modalities to use and how to use them. The robot then activates an X-ray system, an air ultrasound system or a thermography system to complete a specific, precisely defined task, and not merely to test anything. By using artificial intelligence, the RoboCT will assist users with various tasks by functioning as a black box to recommend, depending on the job at hand, optimum parameterizations in terms of accessibility and acquisition.

Advertisement
In this article:BMW, Fraunhofer
Print
Up Next: