NORTHVILLE, Mich. – Fras-le has appointed Rodrigo Meirelles as vice president and general manager for its North American and European operations. Meirelles will oversee the growth of Fras-le’s business in both markets, effective immediately. 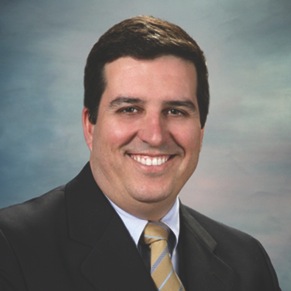 Fras-le CEO and Director of Investor Relations, Daniel Randon, said, “We are extremely pleased to have Rodrigo on board. His new position is vital in increasing Fras-le’s global presence, as well as our commitment to the North American market. The experience he brings to the table is invaluable.”

Meirelles’ position at Fras-le is new – he will serve as the company’s first vice president and general manager, and will report directly to Randon.

Meirelles will oversee the production launch of heavy-duty brake linings at Fras-le’s manufacturing facility in Prattville, Ala., later this year. It will be the first time in Fras-le’s history that the company produces heavy-duty brake linings in the United States. Meirelles is based in Michigan, near Fras-le’s North American headquarters. He will divide his time between Fras-le’s operations in the United States, Germany and Brazil.

Meirelles brings 17 years of diversified global management experience in the commercial vehicle industry to his new role. He last served as commercial director of commercial vehicles for Eaton Corp. in Europe, the Middle East and Africa. Meirelles also has extensive international experience in the vehicle industry in North America, South America, Europe, Japan, China, India, South Africa and Australia. Fluent in English, Portuguese, Spanish and Italian, Meirelles has a multitude of experience dealing with customers and suppliers worldwide.  He lived in The Netherlands for three years, from 1999 to 2002, and has lived in the United States since 2002.