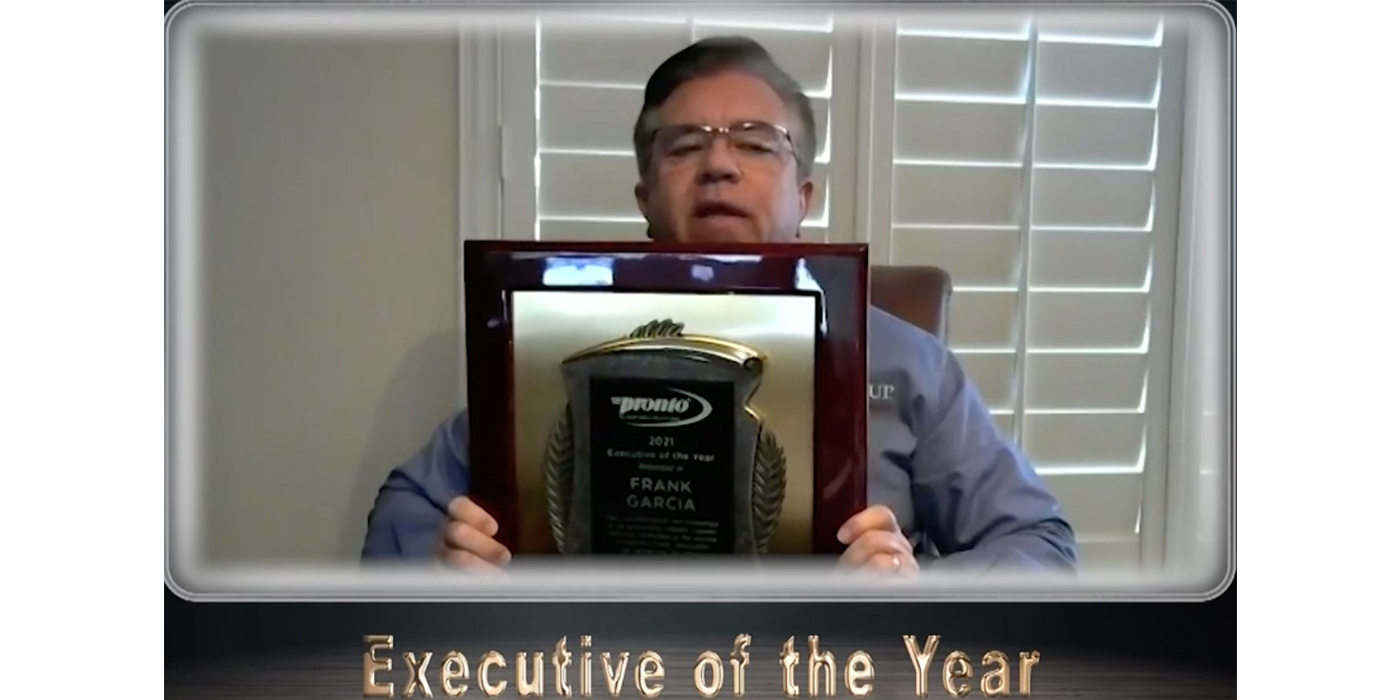 Garcia, COO for XL Parts, is currently a member of the board of directors for Pronto, The Group and 1Parts.

Frank Garcia, chief operating officer (COO) of XL Parts, was recently honored as Pronto Network Executive of the Year. The award was presented to Garcia during the Automotive Parts Services Group (The Group) national conference and expo held virtually earlier this month.

“We are honored to present Frank with the esteemed Pronto Executive of the Year recognition,” said Robert Roos, president of the Pronto Network. “We want to thank Frank for his service as Pronto chairman of the board and his tireless efforts to facilitate the merger to form The Pronto Network.”

Garcia has served as COO for XL Parts for the past nine years and is currently a member of the board of directors for Pronto, The Group and 1Parts. He began his automotive career at Federal-Mogul where he spent 17 years, including a stint as general manager of export and central distribution. An industry advocate, Garcia has served on the board of governors of the Automotive Warehouse Distributors Association (AWDA).

The Pronto Executive of the Year award is presented annually to an individual who best demonstrates dedication and commitment to the program group and fellow members. The recipient of the award has demonstrated a commitment to support and enhance efforts on behalf of all members through volunteering of time and effort for the benefit of all.

Advertisement
In this article:Automotive Parts Services Group (The Group), awards
Print
Up Next:

Distribution: SA Serves As Adviser To Trivest In Transit Acquisition

Dayco Announces First Ever Master Distribution Agreement
Connect with us