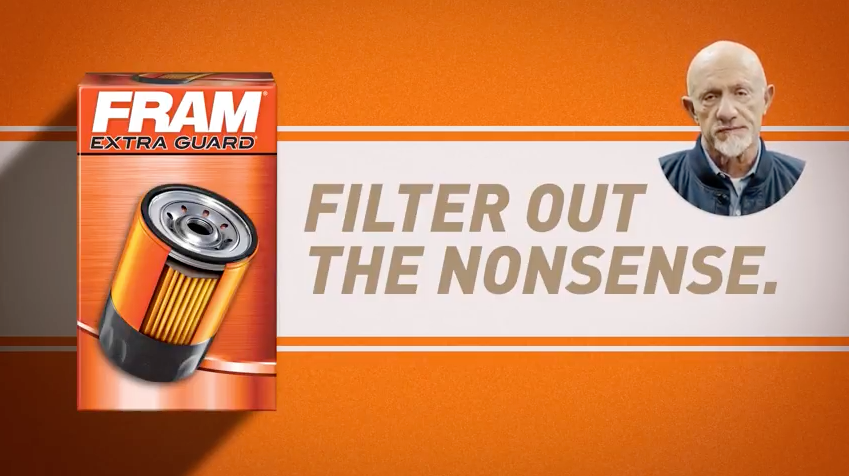 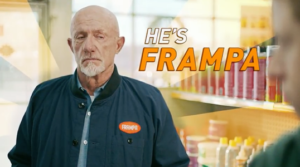 FRAM, a leading provider of filtration products, has launched a new campaign for the next generation of DIYers with the help of Jonathan Banks of “Breaking Bad” and its current spinoff, “Better Call Saul.”

Consumers will be introduced to “Frampa,” a character portrayed by Jonathan Banks. Fans of “Breaking Bad” know that Banks portrayed the ultimate fixer, which made him the perfect choice to play a salty sage who teaches the next generation of DIYers to do right by their cars.

“People used to learn about changing their oil from someone more experienced, like a father or an uncle. Those older guys historically reached for the FRAM filter. But the current generation hasn’t been taught the value of using the right filter and they go for the cheap one,” said FRAM Brand Manager Brian Kelley. “We wanted to introduce the kind of mentor who people will trust to help them do the whole job right.”

Frampa is a wise grandfather character who helps young auto DIYers choose the right oil filter while also dishing out pearls of wisdom about other aspects of life, including how to cook prime rib, in his own distinct style.

The campaign also includes a new tagline for the brand, “Filter Out The Nonsense,” meant to exemplify Frampa’s personality.

The campaign consists of four spots that were all filmed in Los Angeles automotive stores and home garages. Media placements for the campaign begin in April and will continue throughout 2017.

Advertisement
In this article:ad campaign, FRAM
Print
Up Next:

Bridgestone, Microsoft Collab on Tire Analytics
Connect with us