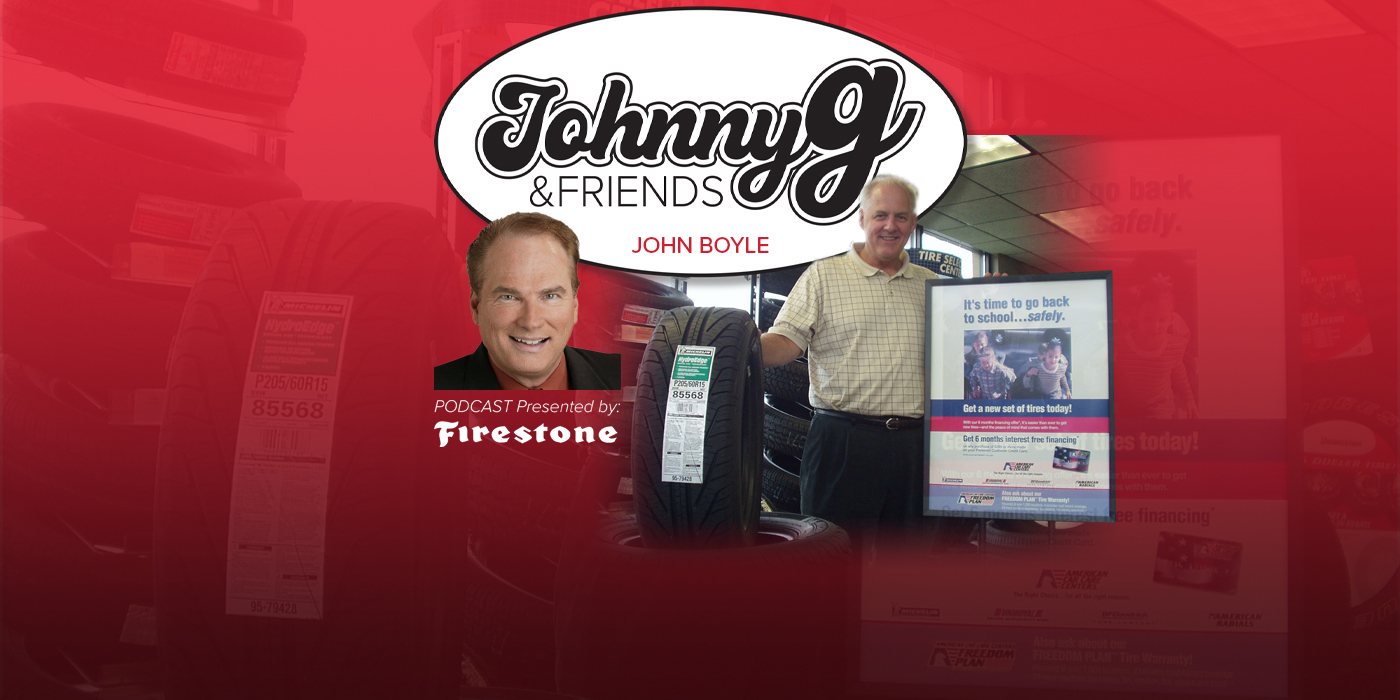 When you train under “The Captain,” you’re bound to be a captain of the industry in your own right. And John Boyle definitely is. Just ask Johnny g.

Like many dealers out there, Boyle grew up in the tire business. He began working as a teenager for his father, Jerry “Captain” Boyle, who founded Englewood Tire Wholesale with a partner in 1945. Boyle eventually worked his way up through the ranks to take over the family business and become president of Englewood Tire in the late ’90s. As he worked his way up in the business, Johnny g did, too.

As a sales manager for Bridgestone-Firestone, Johnny g called on Englewood Tire and formed a lasting bond with “The Captain,” a well-known personality in the tire industry, and Boyle, who would run the Northeast tire distributor for almost 20 years.

In this episode of Johnny g & Friends, presented by Firestone, Boyle reflects on the lessons his father, “The Captain,” taught him, shares his cardinal rules for working with suppliers and delves into why he sold his family’s distribution business as well as the memories he’s shared with Johnny g along the way. Find out more about:

Listen to the full episode above or subscribe to Johnny g & Friends on Apple Podcasts, Google Podcasts, YouTube, Spotify and Spreaker.

Advertisement
In this article:acquisition, Bridgestone, Distribution, Firestone, Johnny g. & Friends
Print
Up Next:

Forming Relationships To Better Your Business With John Boyle (Podcast)

Craig Tate: The Most Important KPI in the Tire Business (Podcast)