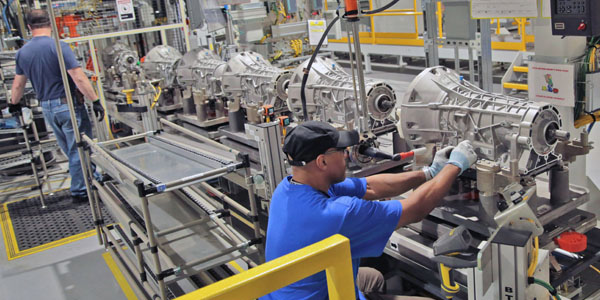 The Livonia Transmission Plant upgrade will create or retain 800 hourly jobs and is part of the more than $2.25 billion in new investments Ford has announced in Michigan this year. 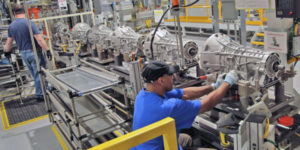 Ford is investing $350 million in its Livonia Transmission Plant, adding a new transmission to expand its lineup of fuel-efficient powertrains as part of the company’s plan to fortify its core automotive business.

The company says it will create or retain 800 hourly jobs to support production of the new transmission. Ford expects to begin adding jobs later this year, with the majority coming next year and in 2019.

“We remain committed to American manufacturing and investing in our people and facilities,” said Joe Hinrichs, Ford president, The Americas. “Even as the industry’s largest employer of hourly workers in the United States and biggest producer of American-made vehicles, we believe it is important to continue investing right here in our home market.”

In the past four months alone, Ford has announced more than $2.25 billion in new investments in Michigan. The company has invested $12 billion in its U.S. plants and created a total of nearly 28,000 U.S. jobs during the past five years.

Advertisement
In this article:Ford, plant expansion
Print
Up Next: