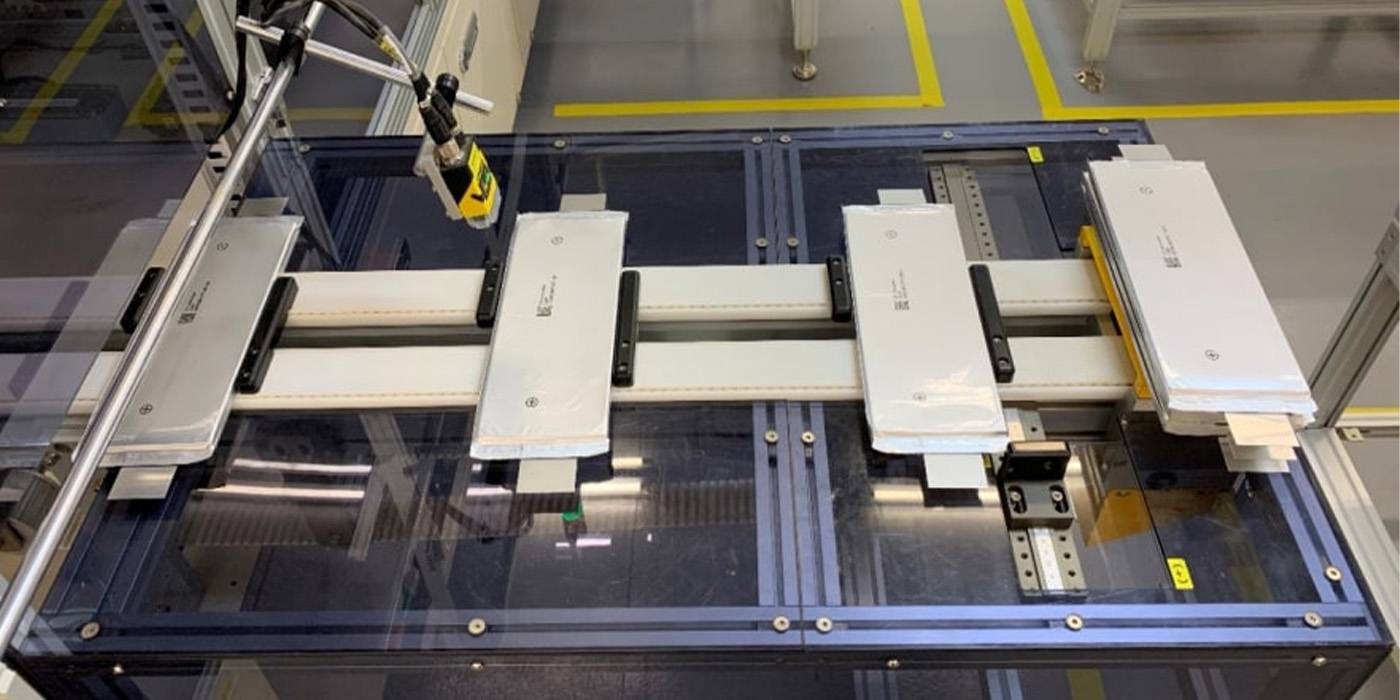 The BlueOvalSK joint venture builds on Ford’s investments to accelerate R&D of battery technology and manufacturing.

Ford and SK Innovation announced today they have signed an MoU to create a joint venture – to be called BlueOvalSK – to produce approximately 60 GWh annually in traction battery cells and array modules, starting mid-decade, with potential to expand.

“This MoU is just the start; it’s a key part of our plan to vertically integrate key capabilities that will differentiate Ford far into the future,” said Jim Farley, Ford president and CEO. “We will not cede our future to anyone else.”

“We are delighted to be entering into collaboration with Ford, America’s leading and iconic automaker. Ford is one of the most active players in vehicle electrification today. We are proud to be opening this new chapter in their long history,” said Kim Jun, SK Innovation CEO & President. “Our JV with Ford will play a pivotal role in fleshing out the electric vehicle value chain in the United States, a key objective of the current U.S. administration.”

The creation of the JV is subject to definitive agreements, regulatory approvals and other conditions. Next-gen cells and arrays will be used to power several future Ford battery electric vehicles.

“Through the JV, Ford and SKI will jointly develop and industrialize battery cells at scale that are tailored to deliver optimum performance and value for our Ford and Lincoln customers,” said Lisa Drake, Ford’s North America chief operating officer. “SKI is an important partner in helping deliver batteries with better range and value for our fully electric vehicles by mid-decade.”

Ford’s global BEV plan calls for at least 240 gigawatt hours (GWh) of battery cell capacity by 2030 – roughly 10 plants’ worth of capacity. Approximately 140 GWh will be required in North America, with the balance dedicated to other key regions, including Europe and China.

“Global automakers have praised SK Innovations’ EV batteries for their safety, high capacity and long life,” said Jee Dong-seob, head of SK Innovation’s Battery Business. “SK Innovation will be supplying batteries for the fully electric version of Ford’s legendary and best-selling F-150 pickup truck. We are thrilled to be supporting the electrification of a vehicle that represents the very best of American automaking.”

SK Innovation is a global energy conglomerate headquartered in Seoul, South Korea. The company has pioneered the development of mid- to large-size EV batteries since 1991 and has expanded its battery operations globally since 2010. SK already operates a battery plant in Commerce, Georgia, USA – serving two global OEMs – and is expanding its production capacity in the European Union and China. SK Innovation plans to become one of the world’s top three EV battery suppliers by 2025 with over 125 GWh in global production capacity.

SK Innovation has specialized in the development and commercialization of high-nickel NCM battery technology. The company developed the world’s first NCM-811 battery in 2016 and continued to innovate and to develop the world’s first Nickel 9 battery that will be mass produced in the U.S., powering Ford’s F-150 Lightning.

Ford plans to lead the electric vehicle revolution – including by delivering fifth-generation lithium-ion batteries as well as preparing for the transition to solid-state batteries, which promise longer range, lower cost and safer EVs for customers.

Ford this year announced its commitment to invest at least $22 billion through 2025 to deliver connected, all-electric vehicles, building on its areas of strength, starting with EV versions of its most popular nameplates – including Mustang Mach-E, E-Transit and F-150 Lightning.

The Ford Ion Park team already is underway. In addition, a $185 million collaborative learning lab in Southeast Michigan that is dedicated to developing, testing and building vehicle battery cells and cell arrays opens late next year.

Earlier this month, Ford also announced it is growing its investment in Solid Power, an industry-leading producer of all-solid-state batteries for EVs. Initially investing in Solid Power in 2019, Ford is making an additional equity investment to help accelerate further development of solid-state vehicle battery technology, contributing to a $130 million Series B investment round in which the BMW Group becomes an equal equity owner with Ford.

Solid-state batteries are showing great promise. They don’t use the liquid electrolyte found in conventional lithium-ion batteries, can be lighter, with greater energy density and provide more range and lower cost. They also can be made on today’s lithium-ion battery lines, allowing Ford to reuse about 70 percent of its capital investment in lithium-ion manufacturing lines.

SK Innovation has a spotless health and safety record and has not registered a single EV battery-related fire.

Ford has been actively involved in battery research and electric vehicles, starting with Henry Ford and Thomas Edison. To date, the company has secured more than 2,500 U.S. patents in electrification technologies, with another 4,300 patents pending.

Since 2004, Ford has sold more than 1 million hybrids, plug-in hybrids and all-electric vehicles and integrated four generations of batteries into its vehicles. By year-end, the company will be manufacturing electrified vehicles and supporting technologies at more than 15 powertrain and vehicle assembly plants globally.

Ford has assembled hybrid battery packs and electric motors in Michigan since 2012. That same year, Ford invested $135 million to design, engineer and produce these components for hybrids. It included a combined 170 jobs at the Rawsonville plant to assemble batteries and VanDyke Transmission plant to assemble e-motors, plus hiring more than 50 electric vehicle engineers.

Advertisement
In this article:battery electric vehicles, EVs, Ford, SK Innovation
Print
Up Next:

GM Boosts EV, AV Investments To $35B Through 2025
Connect with us