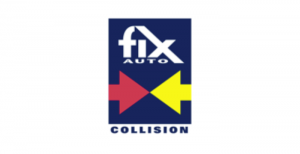 Fix Auto USA has announced the promotion of Landon Thompson to the role of vice president of field operations and the appointment of Greg Carter to the role of director of franchise development in its management team.

Greg Carter has spent his entire career in the collision repair industry and started by repairing vehicles in high school and ultimately opened his first shop in 1991, Carter Collision Service, in San Diego, California. In 2011, Carter became a founding Fix Auto USA franchise partner with his three locations and played a critical role in the brand’s early development and growth. Carter now joins the organization in a similar role; expanding Fix Auto USA’s footprint by extending invitations to only those owner-operators who fit its stringent criteria.

“Investing in our business and making sure we have the right resources positioned correctly will drive success in 2018 and beyond,” said Fix Auto President and CEO Paul Gange. “Both Landon and Greg are poised to help us accomplish exactly that and we look forward to working closely with prospective franchise partners and insurance partner customers to expand our footprint meaningfully and maintain our disciplined focus as a market leader.”

Advertisement
In this article:Fix Auto, personnel
Print
Up Next:

Mike Mohler Of The Group Elected CAWA Board Secretary